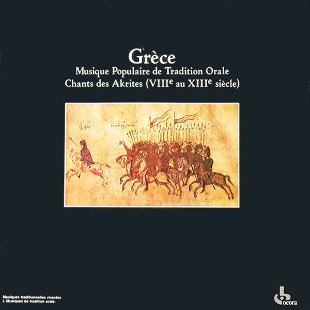 One of the richest in the world as regards rhythmic and melodic variety, always vitally alive among a people who cultivates it in all its forms, Greek traditional music remains virtually unknown or misunderstood by the general public. Most of the recordings to be found in record stores represent only what is considered "commercial": dubious versions of various Greek songs and dances and, above all, those languid arpeggios strummed by professional bouzouki players for the sake of the customers of the travel agencies.

But Greece is in the first place the land of the Greeks before being that of the tourists. Its music is above all the music of non-professional singers and musicians, like those gathered together for the present recording around-the grande dame of Greek traditional song, Domna Samiou. Along with their art they transmit to us the message of a civilization and a culture which have managed to survive the passing of centuries and continue to mark the everyday life of today. The Songs of the Akritai which are performed here, poems and melodies that are over a thousand years old, have come down to us not as relics of a long lost past but as an aspect of a vigorous and fertile present.

The Akritai and their songs

In 717 the Byzantine Emperor Leo III forced the Arabs back to the banks of the Euphrates and assured the protection of the Asiatic frontiers of the Empire by settling warrior farmers called the Akritai (from Byzantine Greek : Akres = frontier) along them. Recruited from the plebeian sections of the cities, these men thus found themselves in faroff provinces charged with the mission of defending the border regions of the Empire from invasion. Provided with land and receiving pay exempt from any form of taxation, these warriors very soon constituted an important military force and became a threat not only to the enemy but also to the central power of Constantinople. In fact, the Akritai often rose in revolt against the Emperor and the great Byzantine landowners who coveted their lands, thereby gradually transforming themselves into autonomous chieftains and even participating in the court intrigues to overthrow one or other of the Emperors. The progressive disappearance of the Akritic military corps began around 1280 when Constantinople decided to abolish their fiscal privileges and to replace these formidable warriors by regular military units.

Created between the 8th and the 13th centuries, the so-called Akritic songs were inspired by great military feats, heroic enterprises and by the daily life of these warriors posted along the borders whose legend has continued to beguile the Greek people down to the present day. The heroes of these songs and ballads are not hewn according to the measure of ordinary men; they are described as superhuman beings bearing arms that an ordinary mortal could not even lift or mounted on supernatural steeds that feed on rocks and iron. What is more, the Akritas went into battle and fought against thousands of the enemy alone; his strength and courage were inexhaustible and he died only after a doughty struggle against Charon who was the personification of Death.

Born in the frontier provinces of the Empire, the songs about Akritic life spread throughout almost the whole of the Greek world, especially during the conquest by the Seljuk Turks of the Eastern regions of Asia Minor which forced the Greek populations to take refuge in the Dodecanese, Cyprus and in Crete (11th cent.). Because of their contents which exalted the struggle against the invader, the Akritic songs managed to survive throughout the long Turkish occupation of Greece (15th- 19th centuries) and to give rise to numerous variants.

From a musical point of view, the Akritic songs are not very different from other traditional songs from the same regions, at least as regards their melodic structures. But the instrumental accompaniment, when there is one, is generally much more austere, doing no more than underlining the song and abstaining from all ornamentation of virtuosic demonstration. The evocative power, the reconstitution of the special atmosphere of each poem, and the ability to capture the attention of the audience are achieved solely by the voice of the singer.

Domna Samiou and the recording

A folk-musician since her childhood and a singer whose vocal potential adapts itself to the particular demands of the traditional repertory of virtually all the regions of Greece, Domna Samiou is able to assemble around herself the best singers and instrumentalists, whether they be professional or not. The reason for this is simple: the musicians recognize in her one of their own. They respect her not only for her great talent, but also because she has devoted her life to traditional music, scouring the entire country, seeking out and recording the best musicians, studying their techniques, rescuing hundreds of songs from oblivion.

For this recording Domna Samiou has called upon non-professional musicians coming from the regions where the Akritic songs that were selected originated. In the accompa-niments the choice of instruments respects the spirit of each poem and the musical traditions of the geographic region in which it was born. Thus, for example, the two songs from Pontus (southern shore of the Black Sea) are accompanied by the kementze (an oblong version of the Turkish kemençe) those from Thrace by the ga'ida (bagpipe) and the toubeleki (percussion), those from Cyprus by the violin and the lute, and the song from the Peloponnese by the shepherd's flute and the lute. The Akritic poems from Crete and Cappadocia are unaccompanied. 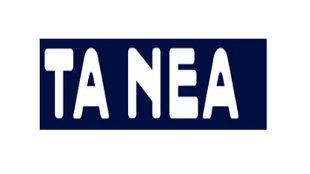