You are at: Home page Her Work Discography Songs of the Sea and of the Highlands 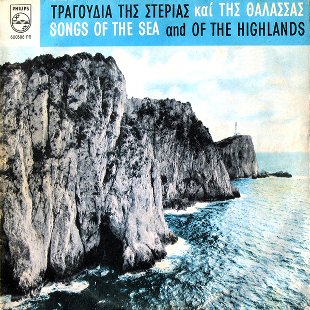 This LP includes songs published before as singles under the musical supervision of Domna Samiou. They were recorded during the period 1955-1960 when Domna was collaborating with Fidelity – Philips and Alekos Patsifas. As she states: ‘I could see the abuse towards folk songs and I was very disappointed. So I decided to collaborate with Mr. Patsifas, who was the owner of Fidelity – Philips. I was inviting authentic musicians and we would cut records’.