You are at: Home page Her Work Discography Kaneloriza 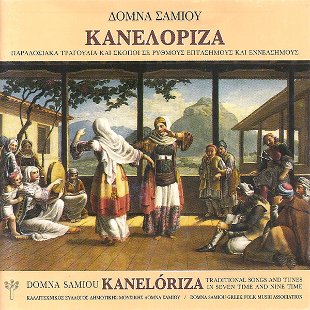 The idea of producing this collection has been running through my mind for some time. It contains tunes and songs in 7/8 rhythm, to which all syrtós and kalamatianós dances are performed as well as songs in 9/8 rhythm, that accompanies zeimbékikos and karsilamás dances.

I was concerned to present in their entirety the songs, whose many verses relate a story, in contrast to the regrettable habit commonplace today of singing only the first two or three verses and thus destroying the unity and sense of the song. For I believe that through the verses of our demotic songs we can turn back the pages to another age and get to know the poetry, the deeper feelings of the people of those times, and so understand their way of living and their way of thinking.

Also, I have tried to render the songs in their original form with the musical characteristics of the region where they first were sung.

I fervently entreat those who wish to sing those songs to show the respect they deserve. 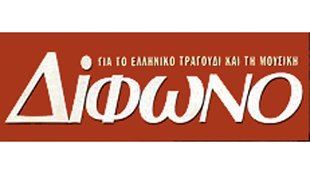