You are at: Home page Her Work Discography Domna Samiou Sings Songs of Nature and of Love 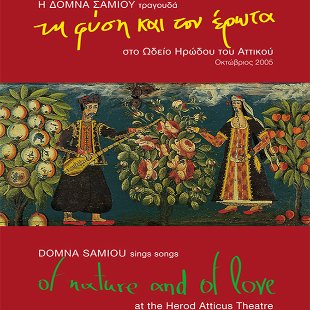 This videotaped stage performance, held at the Odeon of Herodes Atticus on 11th of October 2005, includes songs and rituals related to the cycle of the agricultural year, rewarding human labour and telling of man’s relationship to nature.

Our people have turned everything into song: everything from landmark events to the little things that fill our lives – from birth to death, from lullaby to lament – and it's natural that many songs are dedicated to LOVE.

Almost all these 'love songs' are linked to Nature and its beauty.

In days gone by, Man worshipped Nature. Then we lost touch with the environment; we became greedy, and Nature came to be seen as an obstacle. And the result is destruction: forest fires, floods, erosion, climate change and other ecological disasters.

I wanted to share a set of songs, therefore, which could remind us of how people used to love Nature and respect their environment as the most beautiful of all God's creations: from ‘the moon that beams till morn’ to ‘the orchard strewn with daisies’; from ‘the lean, tall cypress’ to ‘the riotous colours of a field of wild flowers’; and - for those closest to our hearts – from ‘my plumed partridge’, ‘curly basil of mine’ or ‘my blooming violet’ (for her) to ‘an eagle’ or ‘mountain torrent’ (for him). I collected these songs from all over Greece. They span almost every occasion and every season. My admiration for those folk – our people – from whom the songs come, knows no bounds.

...Because every season has its songs

Few people would disagree with the view that Man has distanced himself from the natural world despite remaining indirectly and directly dependent on it. Nonetheless, though the years go by and times change, many of our contemporary customs still underscore Man's eternal anxiety over goals shared with Nature.

Indeed, ritualistic customs are still performed across the whole of Greece whose aim it is to ensure a smooth transition from one season to the next, and whose prime focus is fertility and plenty. Seemingly ignorant of the deeper meaning of ‘frantic orgiastic’ rites in which the core elements of the old ceremonies are preserved with Doric frugality, these rituals and their celebrants serve to reconcile the animate with the inanimate.

Though steering an adaptive course, taking on new forms that often provoke older generations, these customs have never drifted away from their primary objective: the harmonization of the magic cycles of growth and physical toil. The unbroken link between Man and Nature is expressed in an enormously varied body of blessings, practices and artistic creations. The customary rites and rituals, matched to the corresponding songs, reveal the multiple meanings of the interaction between the tangible and the intangible world in pursuit of 'the good'.

Beginning with autumn, which marks the start of the working – and ecclesiastical – year, a journey through Greece becomes a conceptual meander through time and space as we listen to the songs linked to the customs in question. But such a journey will reveal more than musical traditions; contemporary traditions of worship will also come to light which we believed long-since extinct or forgotten.

From September and the customs associated with this stage in the agricultural cycle (the polysporia1, the astrologisma2 and the roditi3), we move on to the customs linked to the grape harvest and performed to this day in line with the social dictates of the cycle of agricultural toil, even in urban areas like the Attic hinterland. Next in the yearly cycle we come to the winter fertility rituals which culminate in twelve days in which Man goes about in the guise of beasts, and, in parts of Northern Greece, in wedding reconstructions.

The second phase of the year, spring, is dedicated to the rebirth of nature and hosts a deluge of country festivals. Ritualistic customs like the helidonismata4 seek to ensure a good crop by magical means, proclaiming the coming of the 'Sower' and the new light. Lenten and Easter customs, dual manifestations of the harmonic link between ecclesiastical and popular rituals of rebirth, soothe the people s metaphysical unease with the balm of symbolism.

The Lenten balloons of Kalamata5, allegorical travellers of the reborn light, initiate us into the renewal of life,while Megara's May Day customs connect the rebirth of Nature and of Man. Nature risen from the dead and illustrated in condensed form in the victory wreathes of May, is harmonized with the victory of the light in the celebrations of the summer solstice.

The light-worshipping customs of Saint John of Kledon, the celebratory summer displays which form an epilogue to the magic cycle of the agricultural year, complete our journey through the popular fertility rituals/blessings of Greece. The rites and songs can thus, as means of expressing and passing on popular wisdom, remind the old of – and initiate the young into – the mysteries of the traditional 'natural' world we share.

‘Songs, by marrying words and melody, provide an unmatched measure by which parallels may be drawn between Man and Nature’ *.

1Customs associated with the consumption of foodstuffs containing seeds (as bearers of life).
2Star-gazing as a method of divination.
3Divination by means of a pomegranate. The fruit is rolled or broken depending on locality, and the results interpreted.
4In which children go from door to door holding wooden swallows on sticks and singing festive songs.
5Miniature paper airships (balloons) made and launched by children.

All the Birds, Two by Two 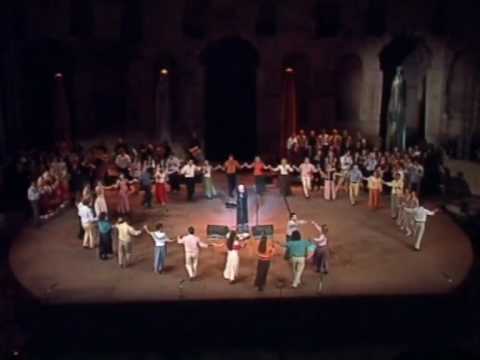 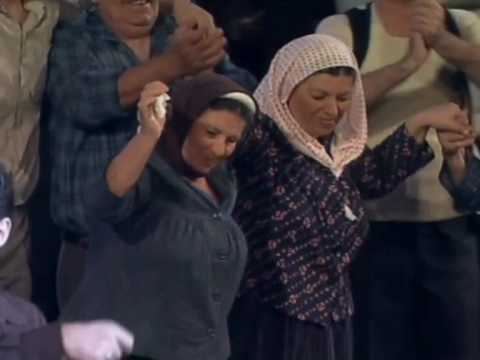 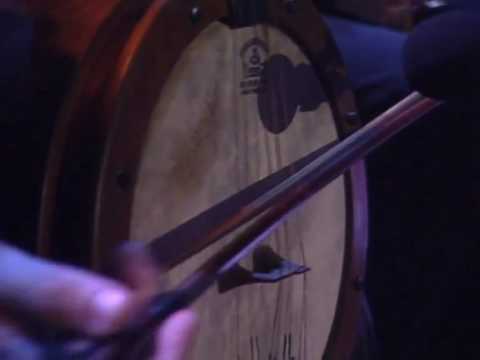 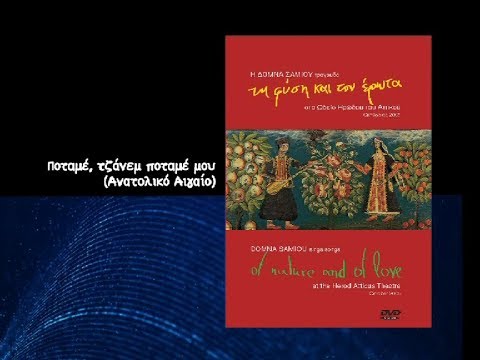 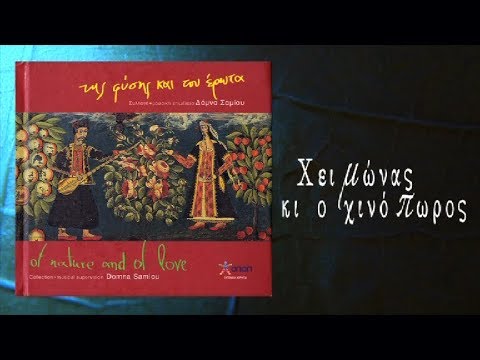 Close to daybreak, dawn’s crack in the East, the Morning Star aloft, first light near at hand. The sun was a- telling, ‘dau... 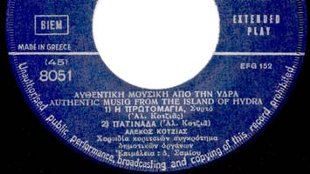 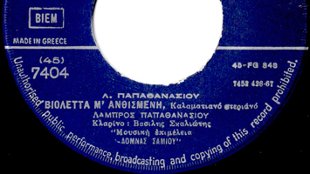 Ploughed Garden of Mine

Orchard, my orchard, orchard ploughed all pruned and daisy-strewed. You’ve flower beds all around, and marjoram in the gro...

River, Dear River of Mine

The May month with its wealth of flowers and April with its dews, I’ve got you on my mind again and didn’t sleep last night....