You are at: Home page Her Work Concerts With Evgenios Spatharis in Shadow Theatre Performances 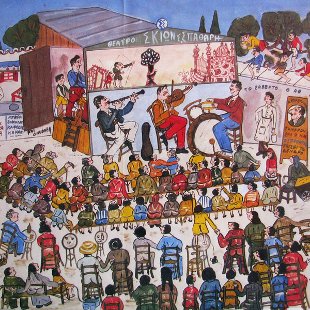 Performances with legendary shadow theatre artist Evgenios Spatharis, from Stockholm to the sidewalks of Marousi.

Stockholm, 1978. Performances of Greek shadow play with Evgenios Spatharis opened the "Greek Cultural Month" events at the Concert Hall of the Museum of Modern Art in Stockholm, where Zannis Psaltis was both the host and the presenter. The performances toured in the Greek communities of Sweden, from 15 to 20 October 1978. Domna Samiou was accompanied by Petros Athanasopoulos-Kalyvas.
Organised and produced by Svenska Institutet

Averoff Theatre, 1980. At the "International Days of Open Theatre", the following plays were presented by Evgenios Spatharis and Domna Samiou: "Perseus and Andromeda" (archaic – heroic), "The marriage of barba-Yiorgos " (comedy), "Athanasios Diakos and Karagiozis the verger" (heroic), and "Karagiozis the prophet" (comedy) on 4 and 5 August.
Domna Samiou was accompanied by the musicians: Petros Athanasopoulos-Kalyvas, clarinet, flute, oud and lute, Stephanos Vartanis and Tzimis Panousis, guitar and goblet drum.
Organised and produced by Theatriki Syntechnia.

The use of a folk music group and live singing by Domna Samiou is, we believe, the best way to emphasise the creative fusion of the folk artist's imagination with its authentic melodies and the sounds of the Greek locale, which are only found in Greek shadow theatre (from the performance programme booklet).

Ano Kalamaki, 1982. In the "4th Folk Feast" organised by the Alimos municiplality with puppet plays, shadow theatre performances, jugglers and clowns, dedicated to children. Domna Samiou sang in performances given by Evgenios Spatharis.

Berlin, 1987. Together with Evgenios Spatharis in two shadow theatre performances given on 9 and May 10 as part of the festivities for the the 750 years of the city of Berlin. Domna Samiou was accompanied by the musicians: Petros Athanasopoulos-Kalyvas, clarinet, Alekos Pavlou-Arapakis, violin, Nikos Karatassos, santur, Kostas Philippidis, lute and Michalis Klapakis, goblet drum.
Organised and produced by Künstlerhaus Bethanien - Klaus Trappmann.

Marousi, 1997. On the sidewalk in front of the Tsarouchis Museum, on 23 and 24 September, Evgenios Spatharis set up his curtain and Domna Samiou performed songs and commented on the action through song, as was done in the traditional performances of Greek shadow theatre. She was accompanied by the musicians: Nikos Philippidis, clarinet, Yiorgos Marinakis, violin, Kostas Philippidis, lute and Yiorgos Gevgelis, gblet drum.
Organised and produced by the Yannis Tsarouchis Foundation. 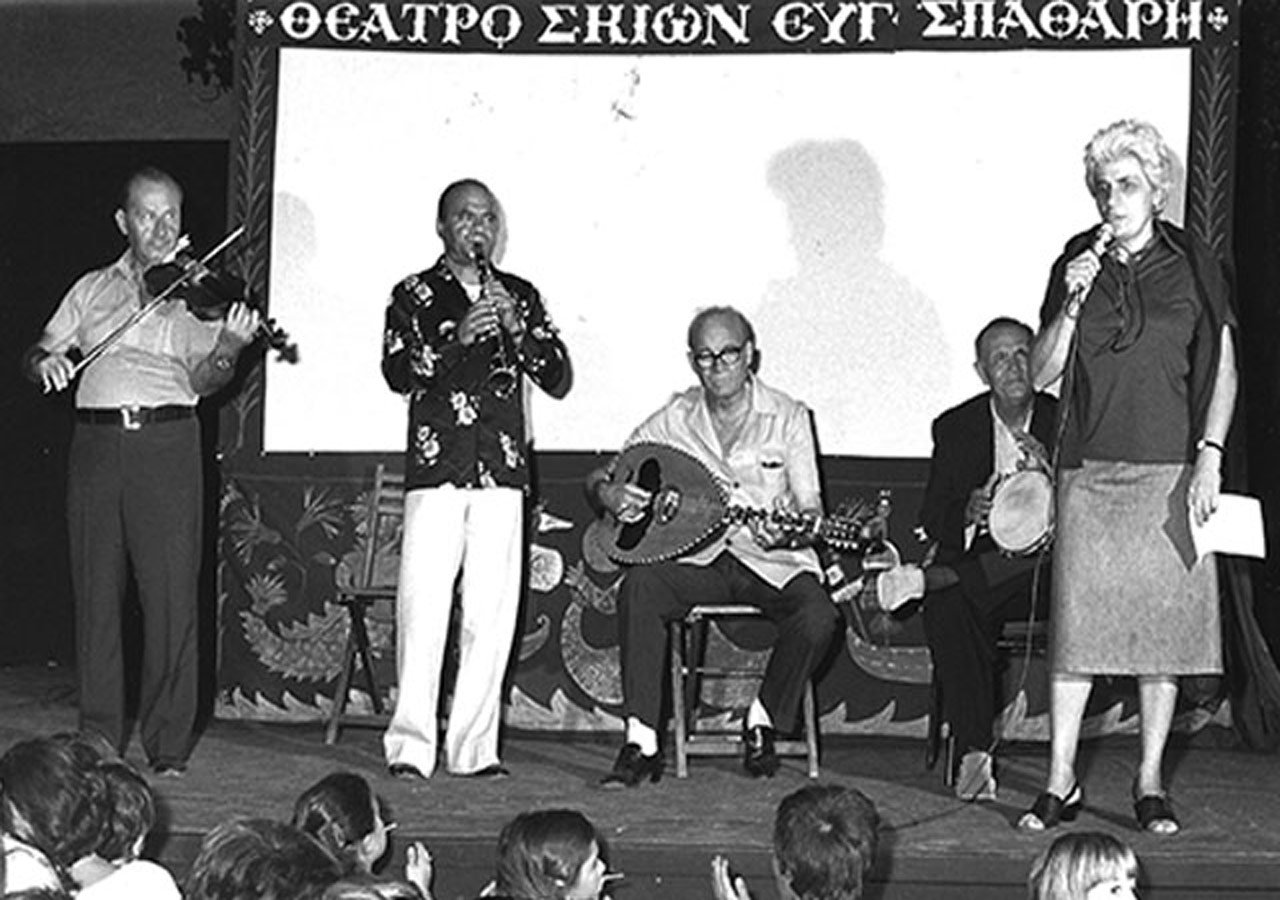 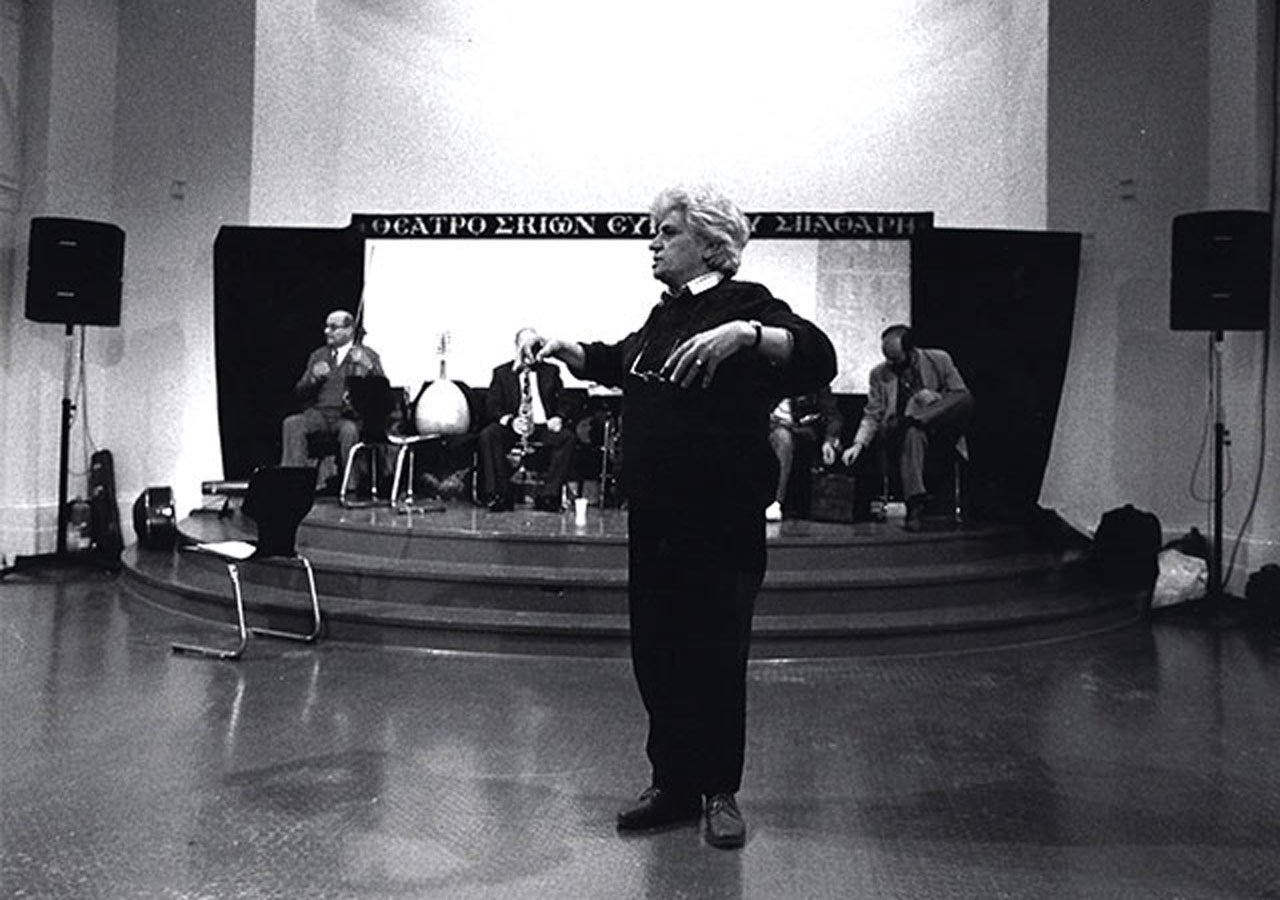 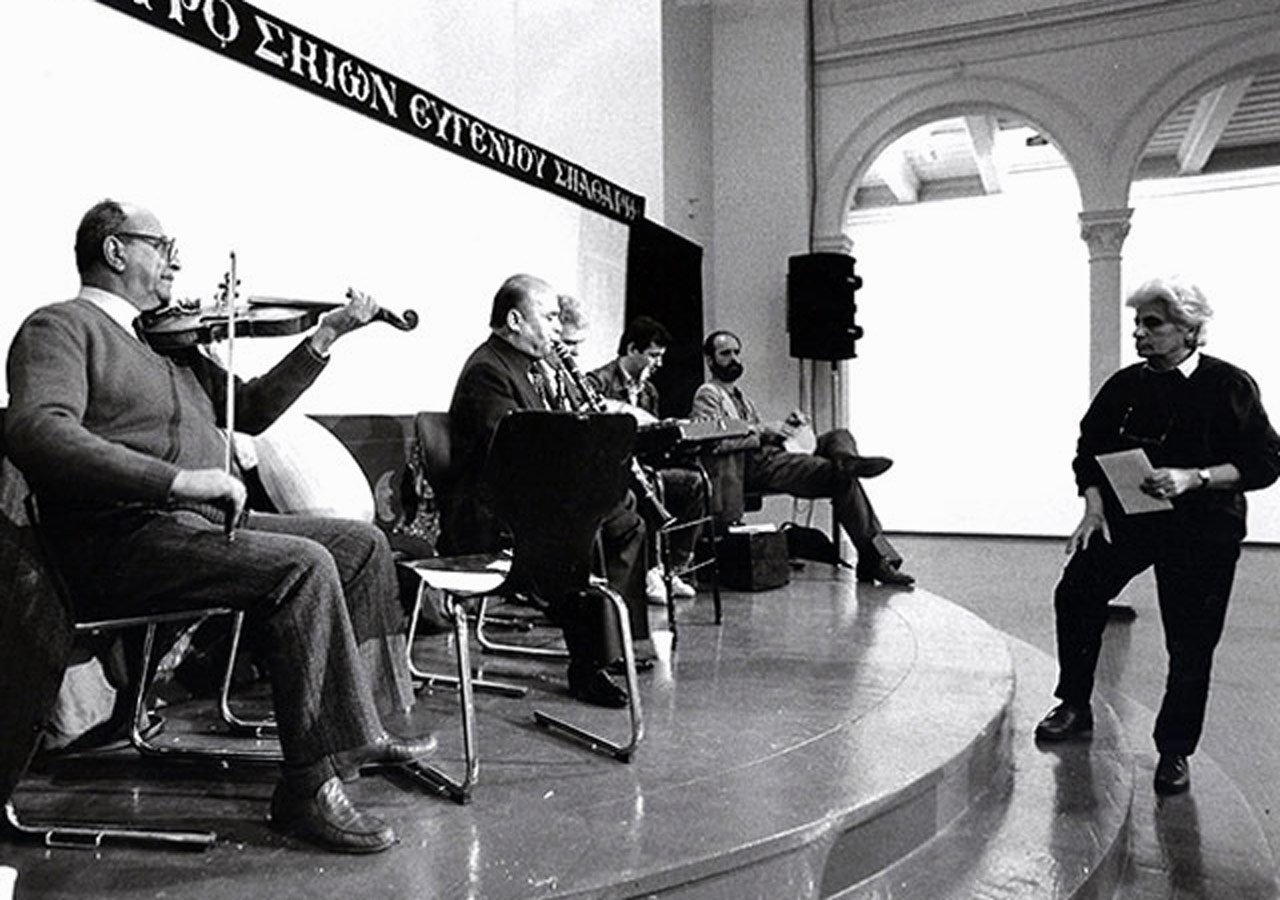 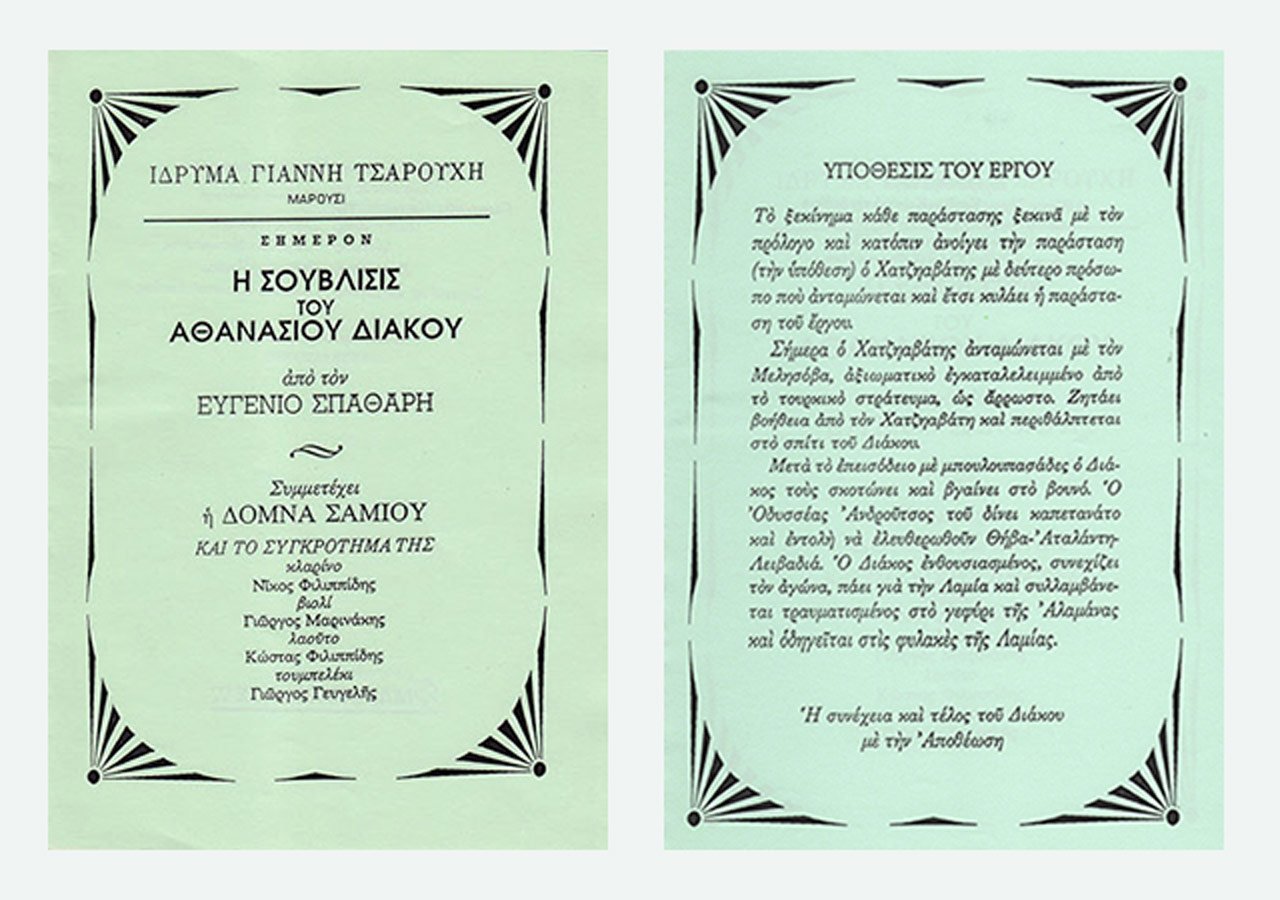 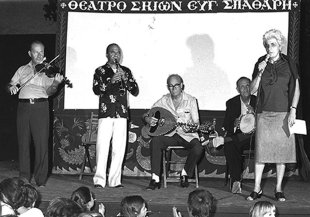 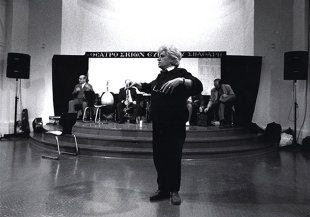 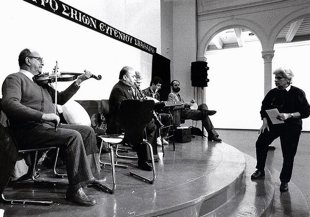 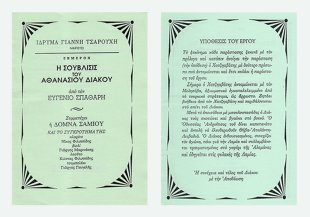