You are at: Home page Her Work Concerts Concerts at the English Bach Festival 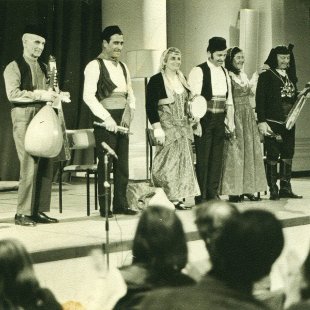 Invited by Lina Lalandi, founder of the English Bach Festival and clavichordist, Domna Samiou made five appearances in the festival, presenting, in what could be the first time, the authentic traditional music of Greece to the English audience.

Domna remembers how the meeting and invitation occurred:

In 1971, when I started singing in front of audience at the "Rodeo Club" (see The first concerts), Mrs Lina Lalandi, who had founded the English Bach Festival in London, was here in Athens. She invited Simon Karas to participate, but he didn't want to because, as I recall, the 150th anniversary of the Greek Revolution was to be celebrated at that time. Karas could not go, so Mrs Lalandi approached me and told me: 'Come to London to sing heroic songs'. 'I, in London?' [I thought]. I was afraid to go, ashamed. She convinced me. I set up a group and we went to London in April. That too was a new beginning. Because the following year Mrs Lalandi invited us to go again, with an even bigger group. After that, I participated four times in the Bach Festival.

A selection of published reviews:

London's musical public is so capricious, often so ungrateful, that it was good to see the Queen Elizabeth Hall filled to overflowing on Saturday night, the audience clapping its pleasure at the end in time to those on stage.
Since often, nowadays, folk importations are sophisticated out of all recognition or else impossibly naive, it was a delight to be offered something at once so authentic and so fluent in stage presentation.
Whatever the context, ceremonial or gay, it was only by reading the programme-book that you became aware of underlying rhythmic complexities. On stage it all looked like child's play. Joan Chissell, The Times, 13/05/1974

The Greek element in the English Bach festival which mixes music of the 17th century and of our day erupted on Saturday evening in a full-scale programme by Domna Samiou’s Athenian company of folk singers and dancers. Ronald Crichton, The Financial Times, 13/05/1974

Greek music and dance is more pleasurably at home in the open air or the tavernas of its native land than in a London concert hall. But Domna Samiou and her group compensated for the formal surroundings of the Queen Elizabeth Hall, where they appeared as part of the English Bach Festival, by the vigour of their performance and the regional variety of their program. K. S. W., The Daily Telegraph, 22/04/1975

Miss Samiou's troupe, of which she is the leading and most affecting singer, gave us a formidable conspectus of her fellow countrymen's folk song and dance, a survey that obviously derived from genuine sources and was given without extraneous or distracting aids. Sometimes the artistry is considerable, and even when it is not, the music itself is usually fascinating enough. Alan Blyth, The Times, 23/04/1975

What may appear at a casual glance to be the sideshows of the English Bach Festival are in fact a calculated plan to expand our horizons, increase our knowledge and intensify our pleasure.
Miss Samiou herself, diminutive and determined as a Greek Marie Rambert, contributed plaintive songs, and there was a striking singer, Christos Sikkis, from Cyprus. Ronald Crichton, The Financial Times, 23/04/1975

Domna Samiou was accompanied by the following collaborators: 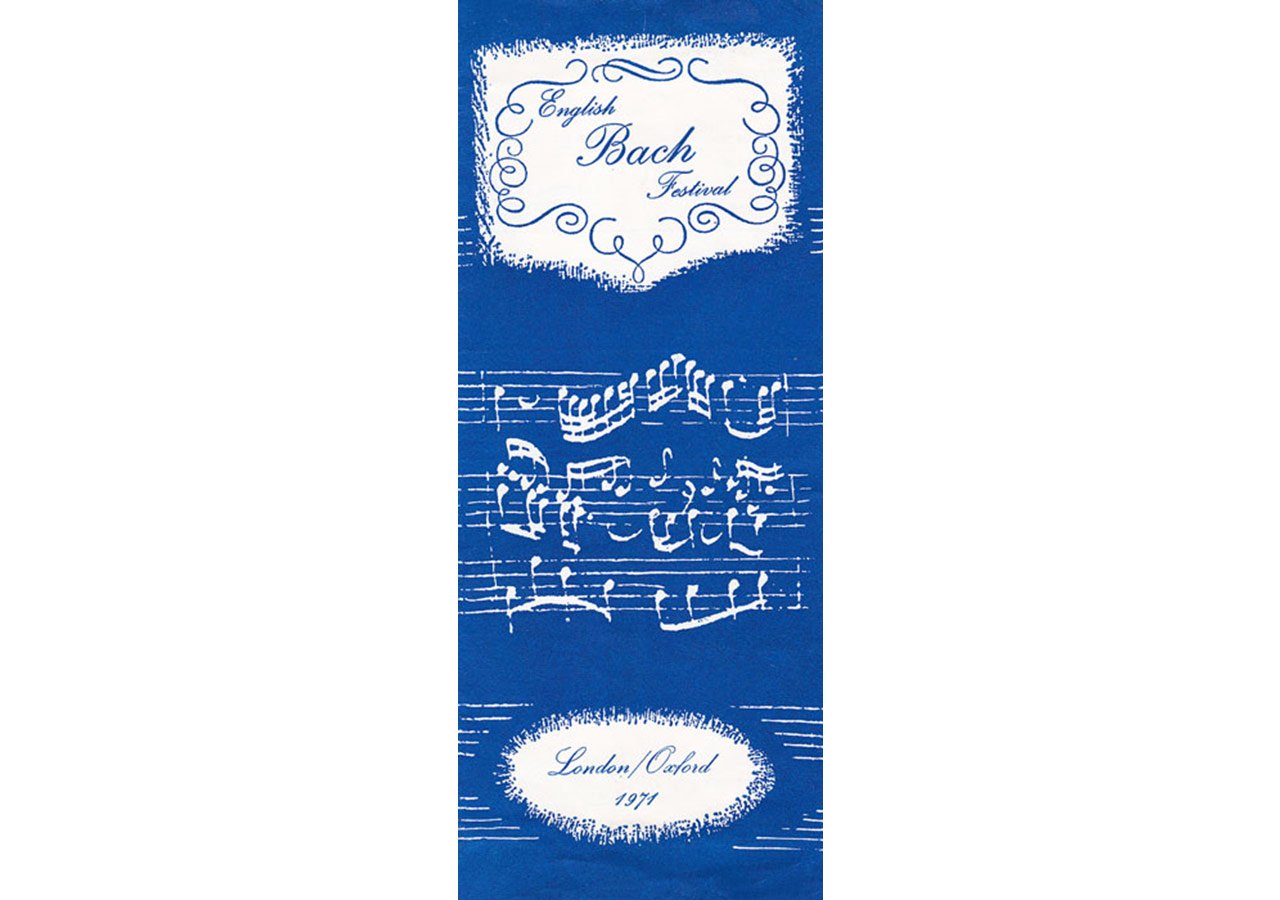 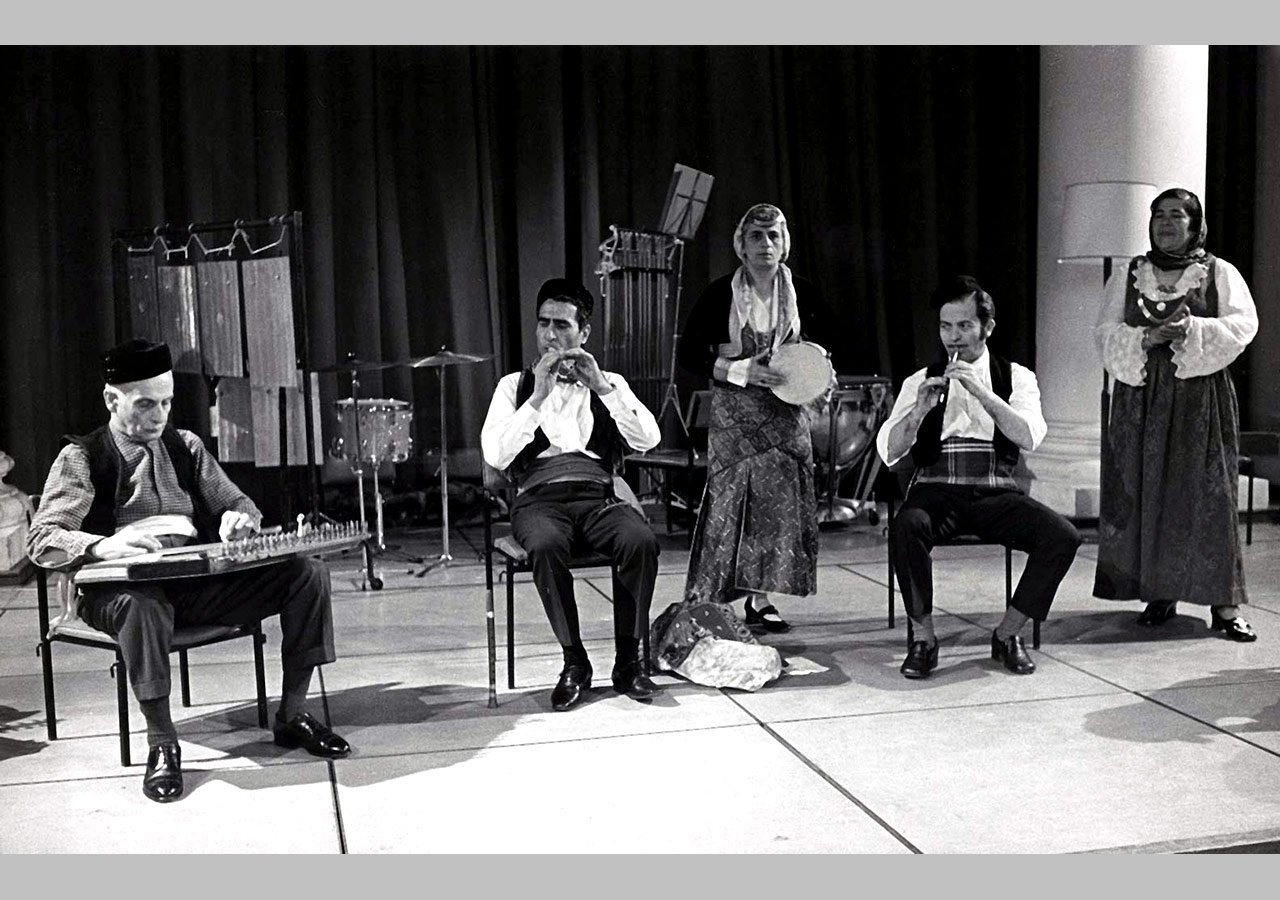 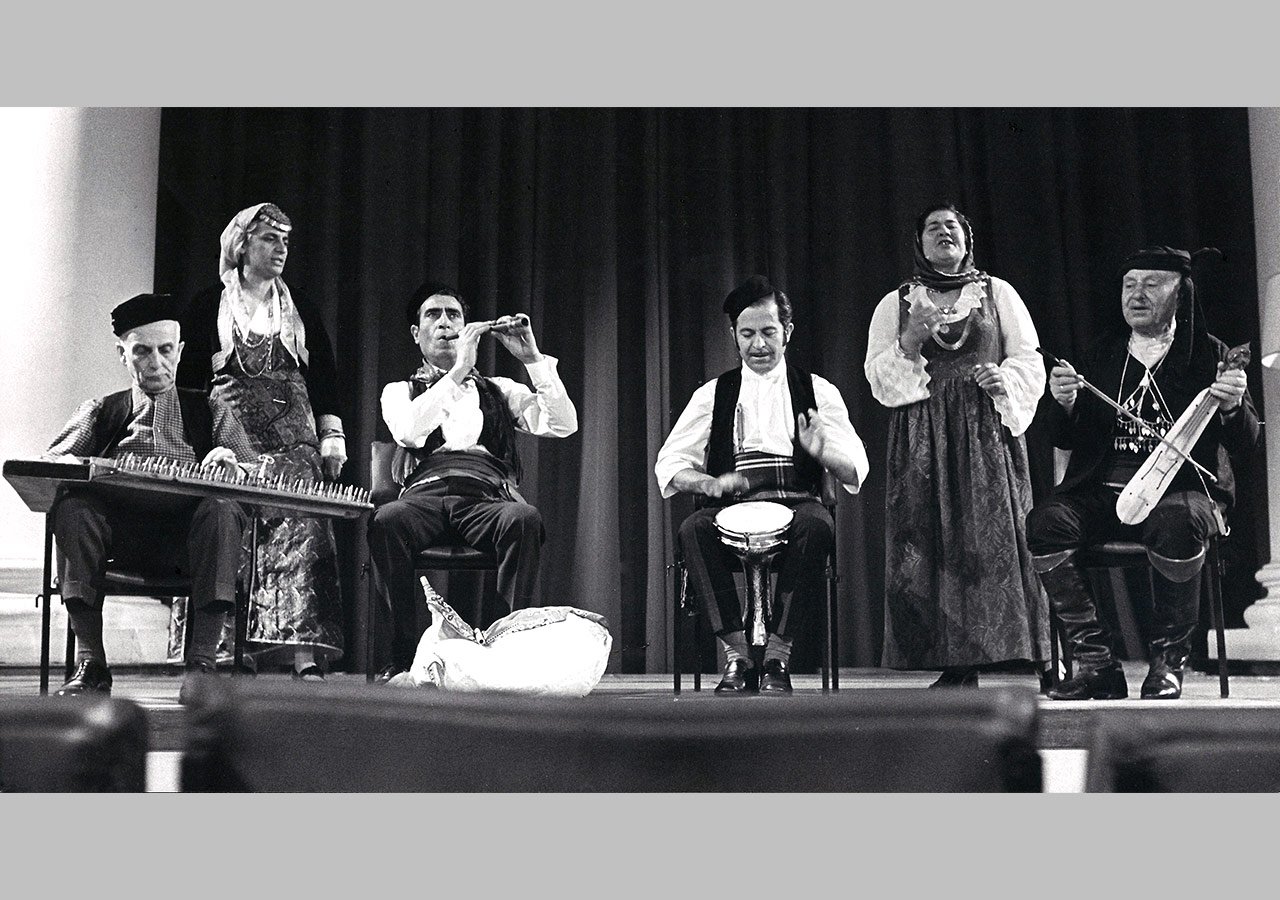 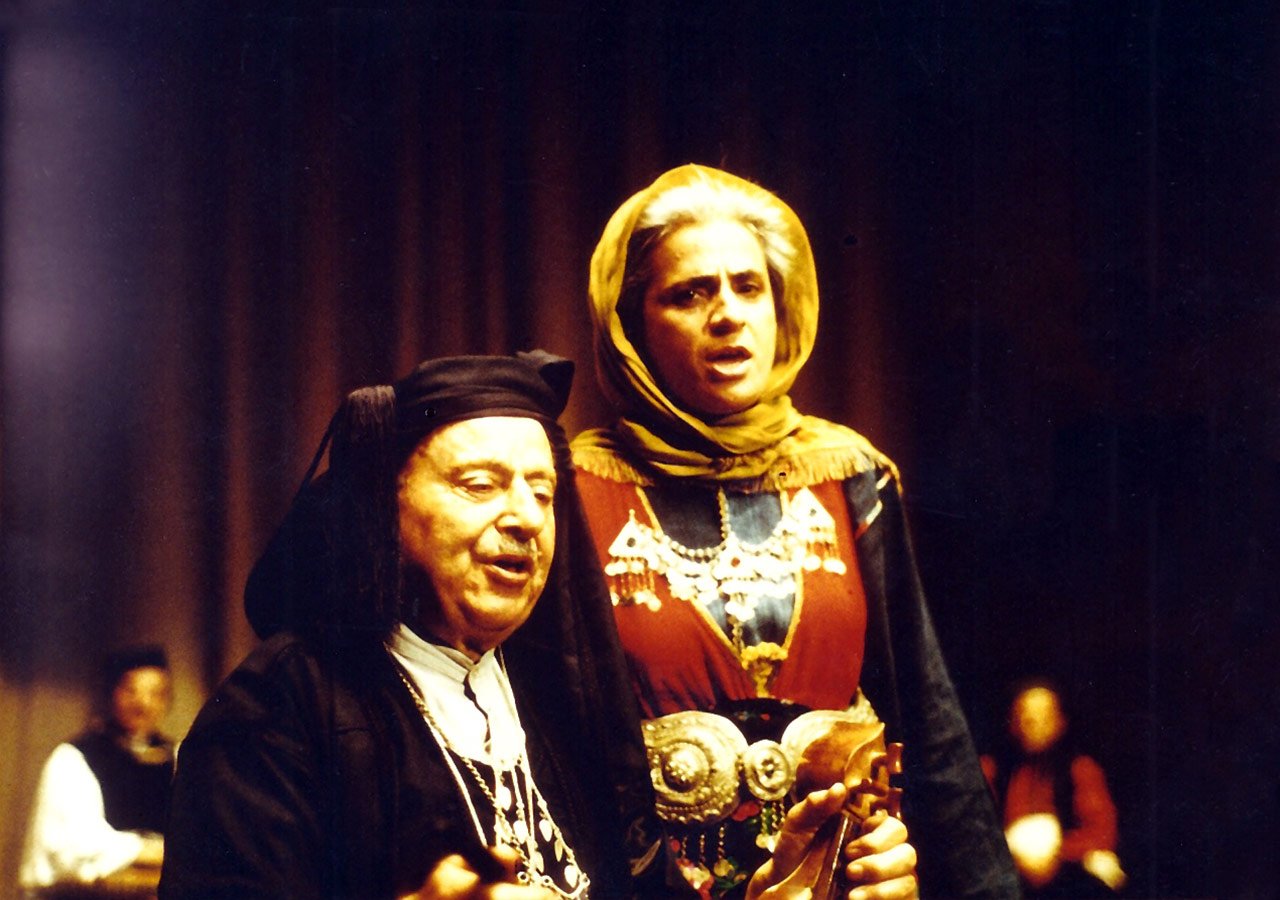 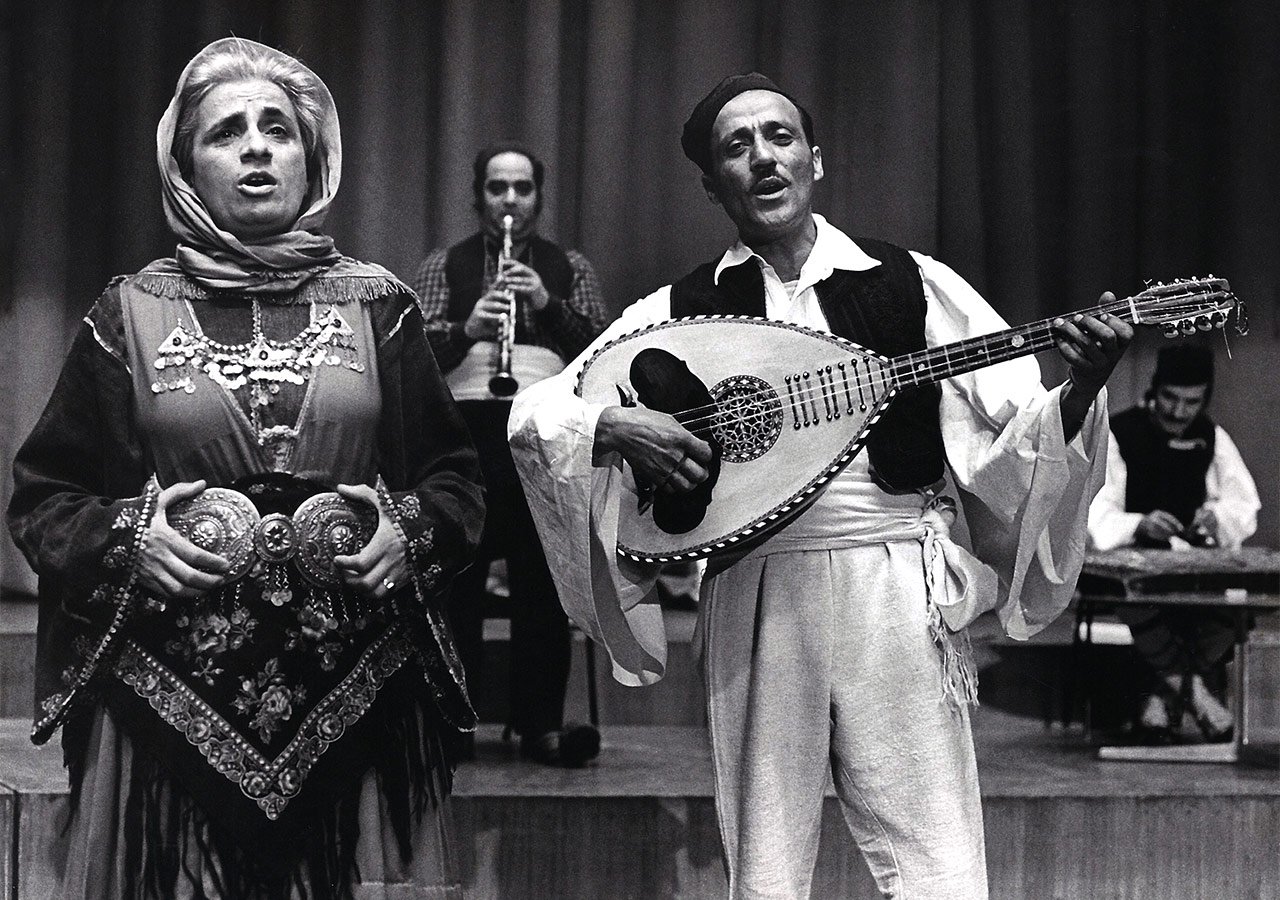 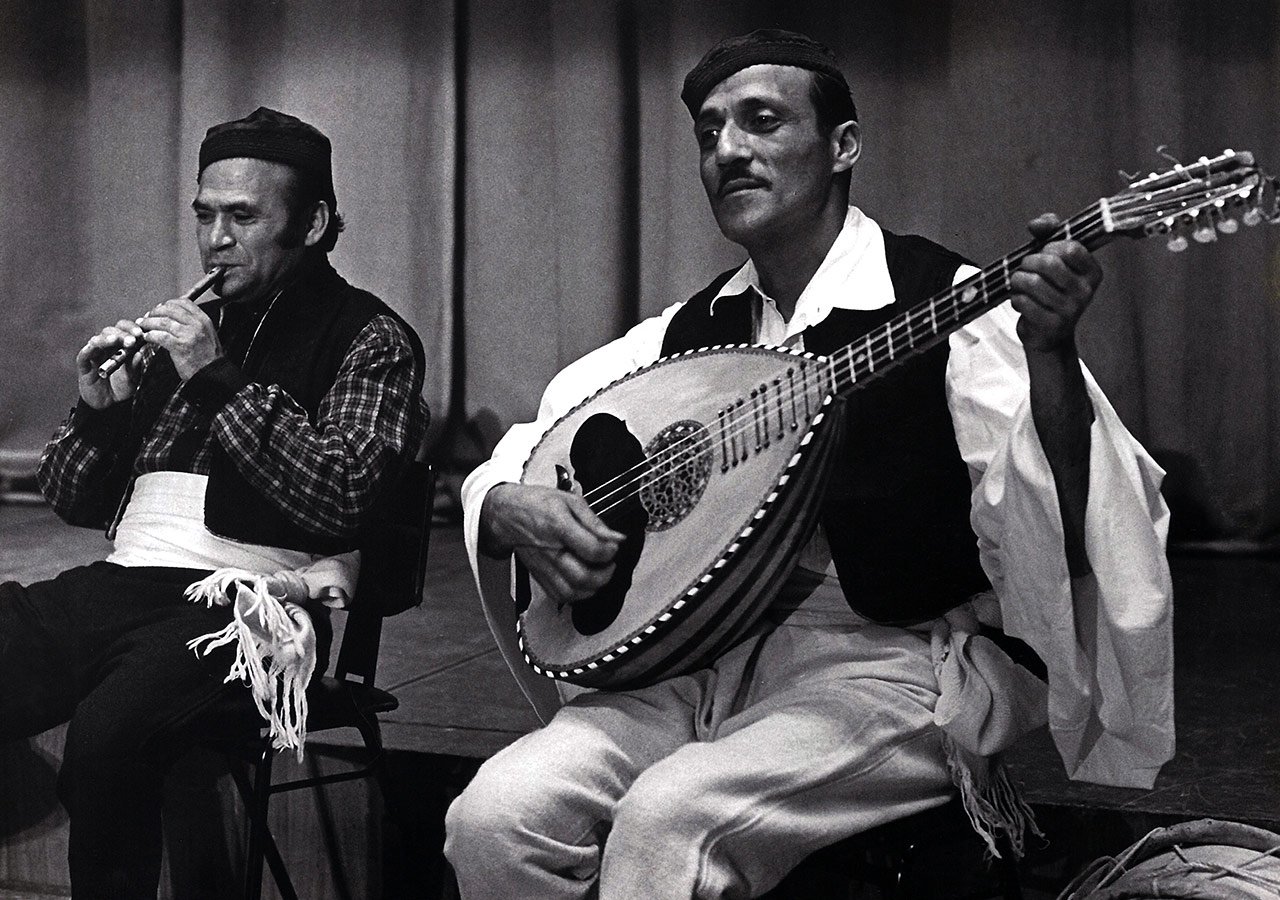 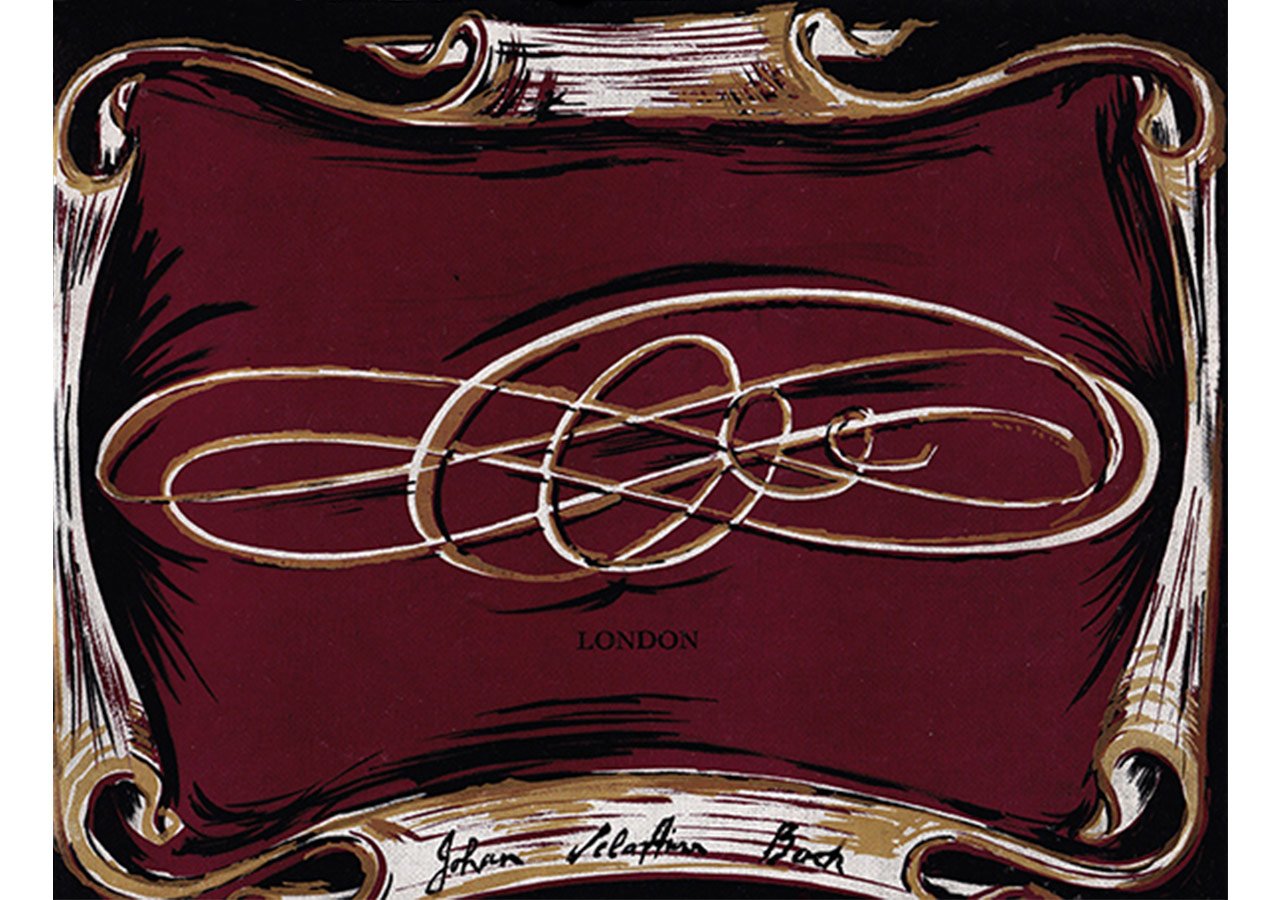 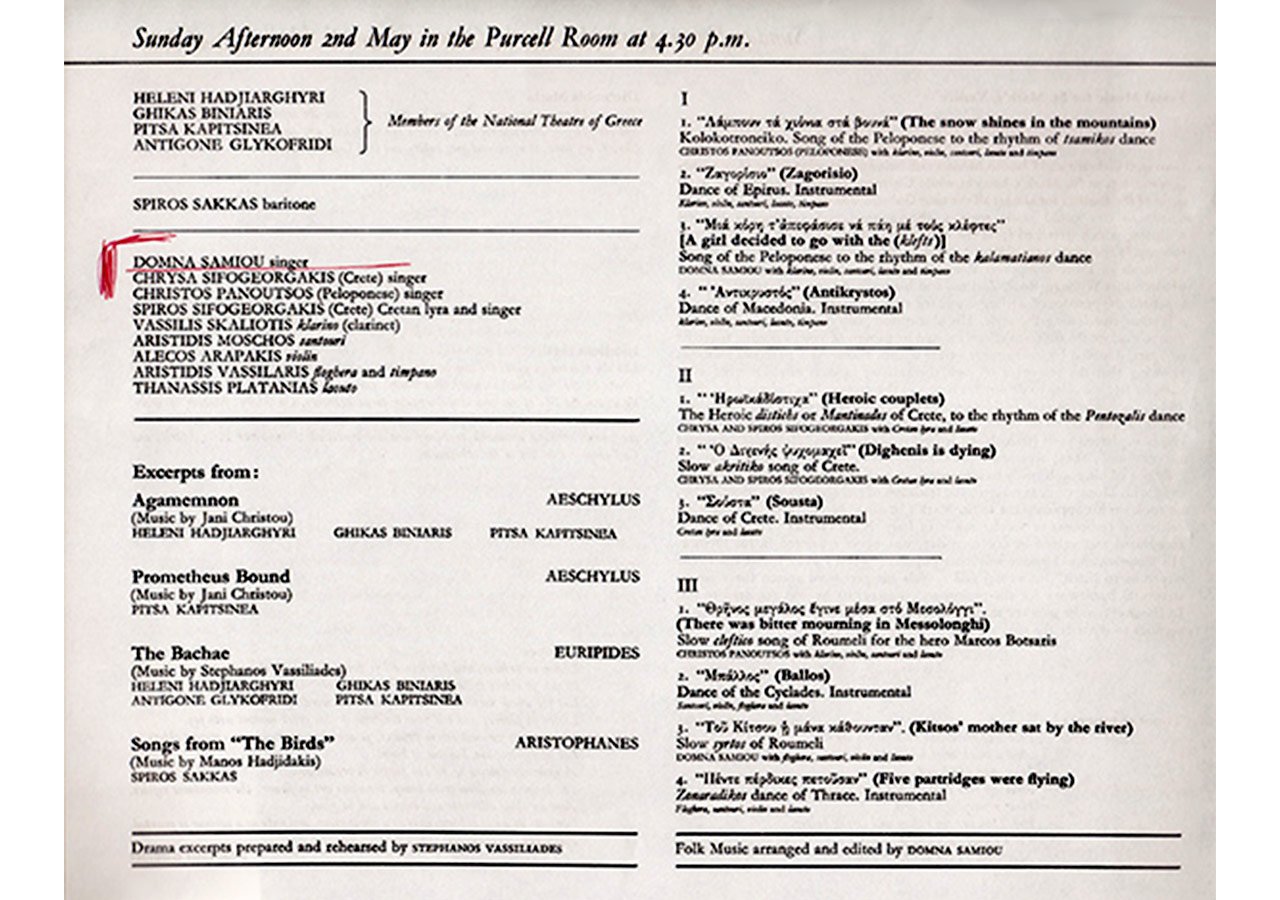 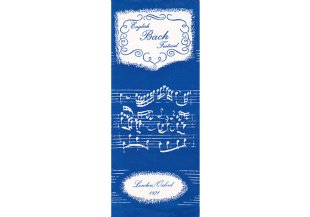 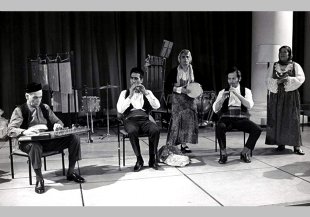 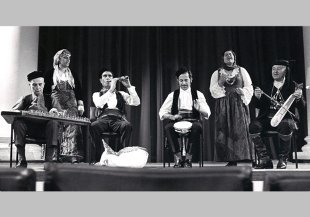 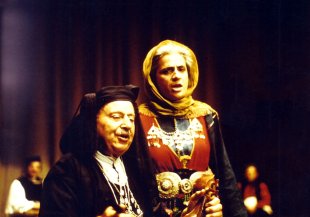 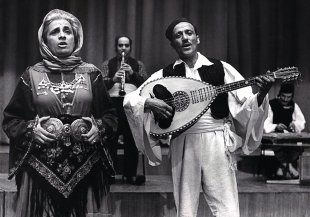 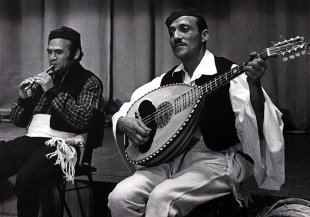 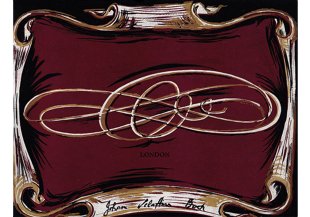 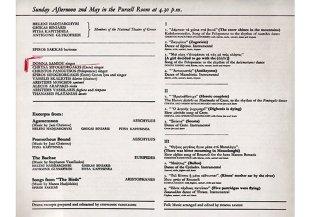 13 May 1974 Newspaper The Financial Times

1 May 1974 Newspaper The Oxford Times