You are at: Home page Domna Samiou Others on Domna Τea Vasileiadou: 'A Priceless Gem'

If traditional song was to be named, it would be given her name. Not just because she renders in such a special way the songs which bind us with our cultural memories, but also because Domna Samiou re-discovered these memories and connected us with the roots which uphold our country and the world as well. But mostly because she gave us the ears to listen to them, the lips to sing them and the soul in which to keep them; a priceless gem.

Extract from the article entitled 'A stuggle of thirty years for traditional music', published in the newspaper Imerisia on 03/05/2002, on the occasion of the release of the album The Akolouthia Of Nymphios. 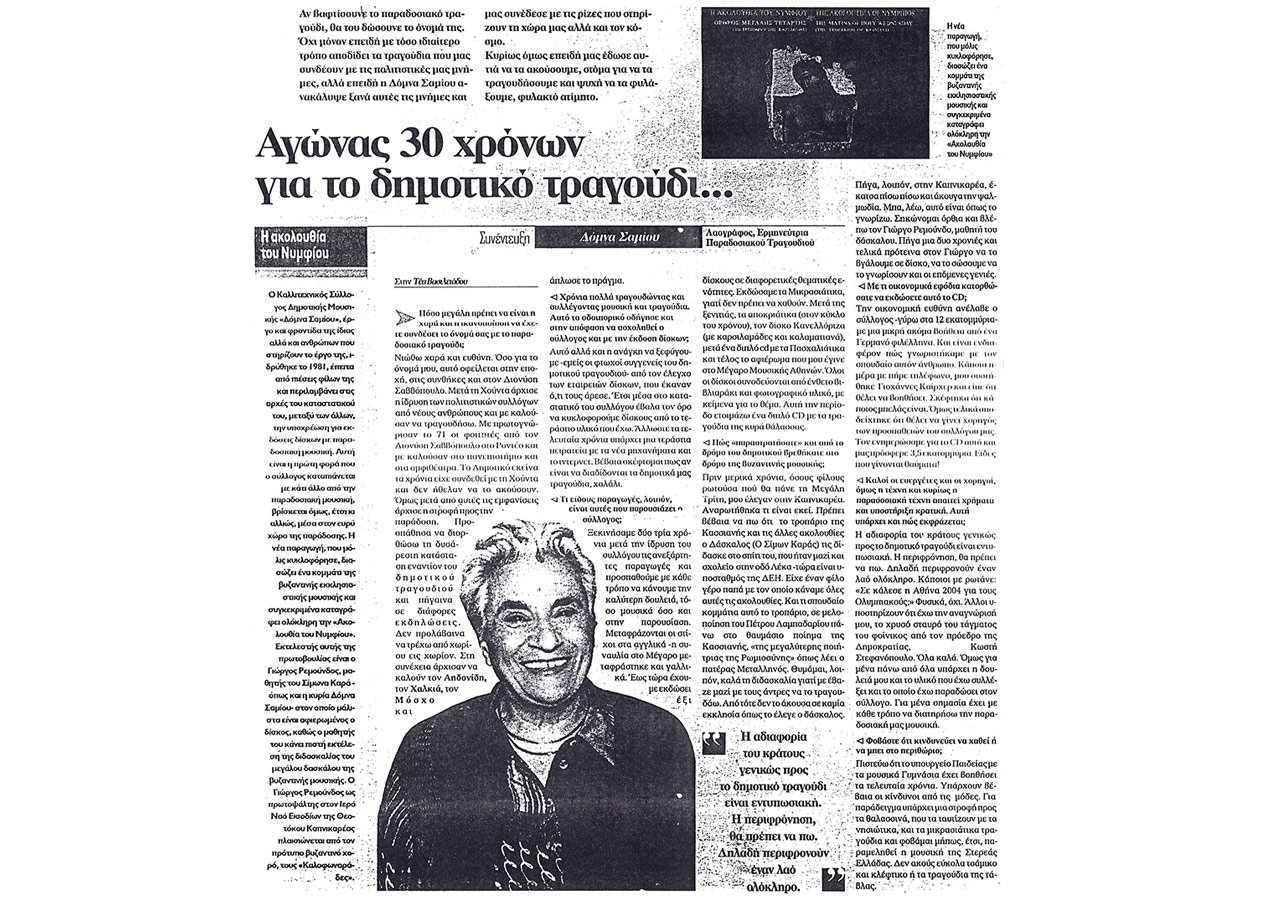