You are at: Home page Her Work Collaborators Theodor Kondaras 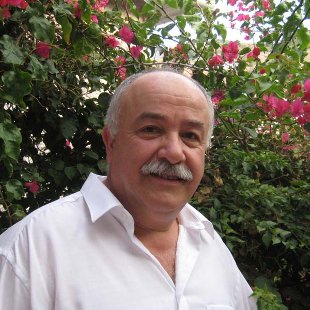 He was born in Nea Erythraea, Attica, and his family originates from Seferihisar, Asia Minor. He studied Greek Philology at the University of Athens and worked as a teacher in secondary education (1983-2017). He is known for his work with the folk music, costumes, and history of the Greek communities in Asia Minor, mainly in the regions of Ionia, Aeolian and Propontis.

Since 1981, he has been in charge of the traditional culture association of Nea Erythraea. He edited the three music collections published in 1991-94 by the Lyceum Club of Greek Women with 43 dances and songs from Erythraea and Smyrna, in which first and second-generation refugees from Nea Erythraea sing and played in an authentic way.

He also studied the traditional costumes of the Greeks of Marmara, Erythraea and the villages of Smyrna, based on field research with the refugees who settled in Attica.

He travels very often to Turkey and Bulgaria and has created a rich photo archive from the Asia Minor and Thracian Greek homelands, which he uses in his lectures on Asia Minor or Thracian topics.

He has written and edited several books about the Greeks of Asia Minor and has also participated in several radio broadcasts on the same subject.

For his contribution to the culture of the Greeks of Asia Minor, he was honoured by the Federation of Refugee Associations of Greece (2015). 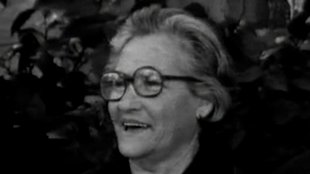 Singer | Informer Kleoniki Tzoanaki, née Kourepini, was born in 1915 in Chios island, during a persecution from her homeland of Alatsata in Ery...