You are at: Home page Her Work Collaborators Manolis Peristeris 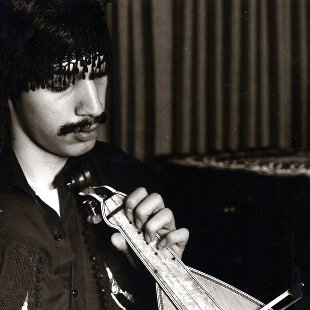 (1964-2005). Lyra-player. He came from Gergeri, in the Heraklion prefecture of Crete, and learned to play the lyra by his father, Antonis Peristeris.

He played the lyra from the age of 11. He had played at radio and television programs. He performed in Cretan music records, weddings and feasts in Crete and Athens, and also at concerts in Greece and abroad.

Πασχαλιάτικες μαντινάδες Because today is Easter Day, the world is making merry, all strangers, kith and kin, and friends embrace, kiss one another. ...