You are at: Home page Her Work Collaborators Perikles Papapetropoulos 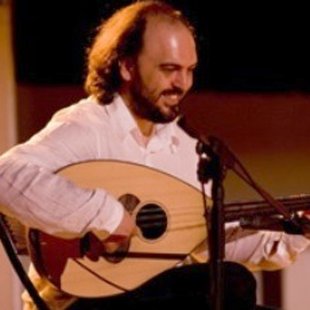 Born in Athens, Perikles Papapetropoulos grew up in Heraclion in Crete. He first started learning music at the age of sixteen, with Ross Daly as his teacher. A year later he became actively involved with the music group "Labyrinthos", playing the saz and the tambouras in concerts and recordings. He is also a member of the music group Passed Isolated, together with Harris Lambrakis, Kostas Meretakis, Panos Dimitrakopoulos and Spiridoula Baka, where plays the Constantinopolitan lute and composes.

His musical endeavours also include his involvement in a Constantinopolitan lute duet with Socrates Sinopoulos and his involvement with the musical group 'Gramma apo tin Poli' and the music group of Stelios Petrakis. He has also played in concert with renown musicians of both Greek and other traditional musical styles.

Since 2004 he teaches at the Athens Conservatoire.

Το πονεμένο στήθος μου My aching breast may well pain me, but does not speak of it, and though my lips may sing a song, my heart does weep within. ...

To Whom Then Shall I Tell My Woe

Τίνος να πω τον πόνο μου To whom then shall I tell my woe, who will not sigh or groan? Even the tight-lipped stone itself would shed a silent tear. ...