You are at: Home page Her Work Collaborators Agnes Agopian 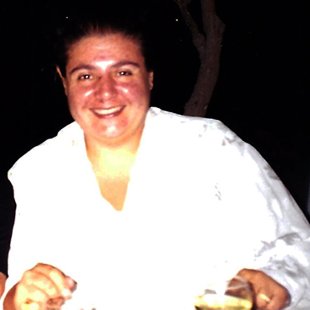 Between 1984 and 1986 she lived in Istanbul, where she continued her lessons, while taking part in various groups, among which the University choir.

From 1987 to 1992 she lived in Athens, where she teached the kanun and eastern music theory at the 'Nikos Skalkotas' Conservatory, the 'Evmousia' Conservatory and the Pallini Music High School. She formed the music group 'Sehnaz', whose repertoire included folk songs from Istanbul.

Since 1993 she has been living in Istanbul. Until 2005 she played on a regular basis on the radio, in programmes of classical music. Since 2001 she has been a music professor at the French-speaking Μusic School and since 2006 its director.

She has participated in concerts in Turkey and Greece, as well as in seminars in music schools of North Greece (Kavala, Xanthi, Komotini).

A Maid Was Singing (The Wife Scorned)

Κοράσιν ετραγούδαγε A maid was singing in a high-walled palace. The wind swept her voice out to sea and every ship that heard it reefed its sai...

At dawn not once did I get up without sighing arise, my sun, come, talk to me without bending again on the pillow and cryin... 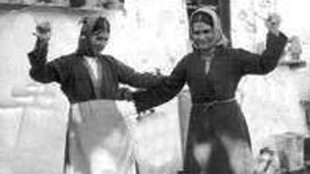 I Wish for All the Months in Turn

I wish for all the months in turn, await them all with longing, but not, o not, the month of March when folks embark on trav...

Like the marble slabs that stand in St. Sophia so well-matched and symmetrical are your eyebrows, eyes and hair. I have dec...

The Water of Life (Olmaz)

Από τα γλυκά σου μάτια The water of Life flows from your sweet eyes. I asked you for a little but you didn’t give me any to drink. Impossible, my ...

You Have Entangled Me

You have entangled me, you have, like a bee, I am fed up being your slave and also your ransomer, my little one. You have...