You are at: Home page Her Work Collaborators Charilaos Tsaktsiras 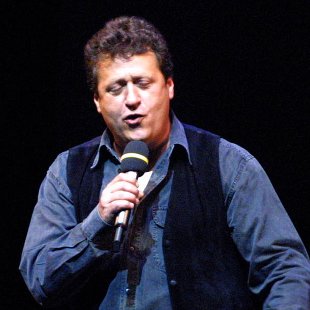 Born in Tsopela Pramanton in the Ioannina region, Charilaos Tsaktiras attended the seminary of Vella. In parallel to his teacher training, he pursued studies in Byzantine music.

In 1979 he was appointed as a school teacher in Athens and also began to perform as a musician of folk songs and rebetika, playing the three chorded bouzouki.

In 1990 he set up, together with friends, the "Rebetiko Scholarheio", a workshop devoted to the study of Rebetiko music. It was in one of the Monday meetings of the workshop in the Holargos suburb in Athens, that he met Domna Samiou. That is where she proposed that he participates in the recording sessions for her Carnival Songs. Their collaboration continued and he participated in concerts with Domna Samiou, including importantly her concert at the Thessaloniki Concert Hall.

Since 1998 Charilaos Tsaktsiras lives in Ioannina, where together with a group of prominent musicians, he covers the repertoire of the early Rebetika singers.