You are at: Home page Her Work Collaborators Christos Sikkis 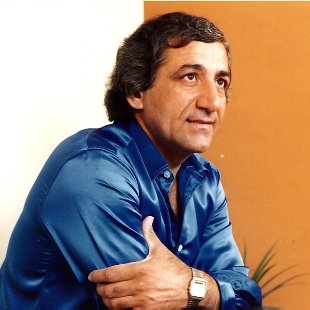 Born in Aradippou near Larnaka, in Cyprus. He studied Pedagogics in Cyprus, where he worked as a teacher for two years.

In 1971 he settled in Athens. In parallel with his music studies at the National Conservatory, he started singing in radio and television programs songs of his homeland.

Since 1973 he has been taking part in concerts throughout Greece and abroad.

Ο Χάρος μαύρα φόρησεν Charon wore black and rode his black horse, he donned his scary black garments and set out for the feast. At the edge of th...

Τέσσερα τζιαι τέσσερα Four and four make eight,  Four Palikari go to the wars. On their way they are hungry And they sit down to eat, but they ...

There Were Three Monks

There were three monks and hailed from Crete and three from Ághion Óros1, and they prepared a bark for sea; while chanting ...