You are at: Home page Her Work Collaborators Themistocles Angelis 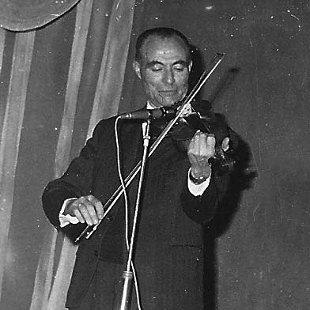 He was a self-taught musician and participated in many traditional orchestras of his time. He collaborated with the Lyceum Club of Greek Women and from 1955 to 1968 he was a permanent member of the traditional orchestra of the National Radio Foundation (E.I.R.). In 1956 he participated in recordings of the Hellenic Folklore Research Center of Academy of Athens in unpublished recordings.

Going up the Bad Steps

Mother, Send Me Away