You are at: Home page Her Work Collaborators Antonis Spanos 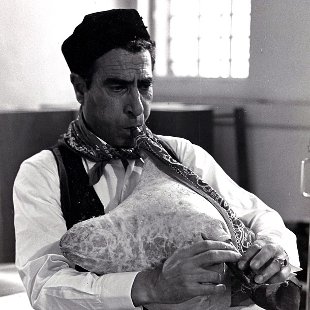 Musician from Fournoi, Ikaria, player of the tsambouna (bagpipe) and the flute. He married the “nisiotika” singer Thalia Kondyla (Thalia Spanou), and together they created a band that played at feasts in Fournoi, Ikaria and Samos.

The couple accompanied Domna Samiou in concerts in Greece and abroad. They recorded songs together that where released in 45 rpm discs. They also recorded songs that were broadcast in the TV program “Apo pantou tis ellinikis gis” (“From every corner of Greek land”).

Down on the Sandy Beach

Lazarus at Your Door

Rise Lady to Adorn Yourself (Epiphany Carol from Naxos)