You are at: Home page Her Work Collaborators Zannis Psaltis 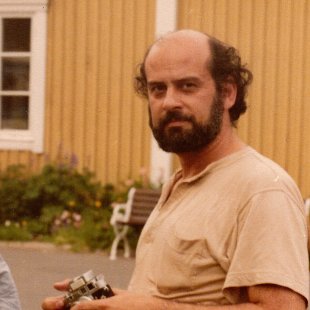 (1936-2006). Born in Thessaloniki, Zannis Psaltis studied cinema at the Academy of Fine Arts in Vienna. He taught at the Dramatic Institute of Stockholm and, from 1975 to 2000, worked as a journalist at Radio Sweden. He lived most of his life in Sweden where he died, in March 2006.

He worked as a translator from Greek to Swedish and Swedish to Greek. He translated works of Swedish literature into Greek, as well as plays by Strindberg, Enquist, and Bergman.

In 2004, he received the cross of Order of the Polar Star as a Knight 1st Class for his contribution to Swedish cultural life.

He collaborated with Domna Samiou in organising her Swedish tour in the summer of 1979, in the Swedish release of the record My emigrated bird, and the next year, in 1981, he organised Domna’s tour in Swedish schools.