You are at: Home page Her Work Press Clippings and Interviews Domna triumphs in Paris

French newspapers report that the audience did not let Domna Samiou leave the stage for many minutes, applauding our exceptional artist and Greek music. On Friday night, at the large musical festival of St Denis in Paris, which is co-produced with the French radio, Domna Samiou and her group introduced the French to some of our most important akritic songs and enthralled critics and crowds alike.

The concert was organised by the Greek radio producer Aris Fakinos, who works for the French radio. It introduced from the stage of the Theatre Gerard Philip a selection of songs belonging to a genre which has never been presented before in Western Europe. These songs were recorded a few days ago in Athens, by a special team from the French radio, and will be released as a record in the world renown series OCORA produced by the French Radio.

For the sake of history and the importance of the event, it is worth noting that among the other artists that participated were Elena Obraztsova, Teresa Berganza and Christa Ludwig. That way Domna Samiou's triumph yesterday gains even larger proportions. 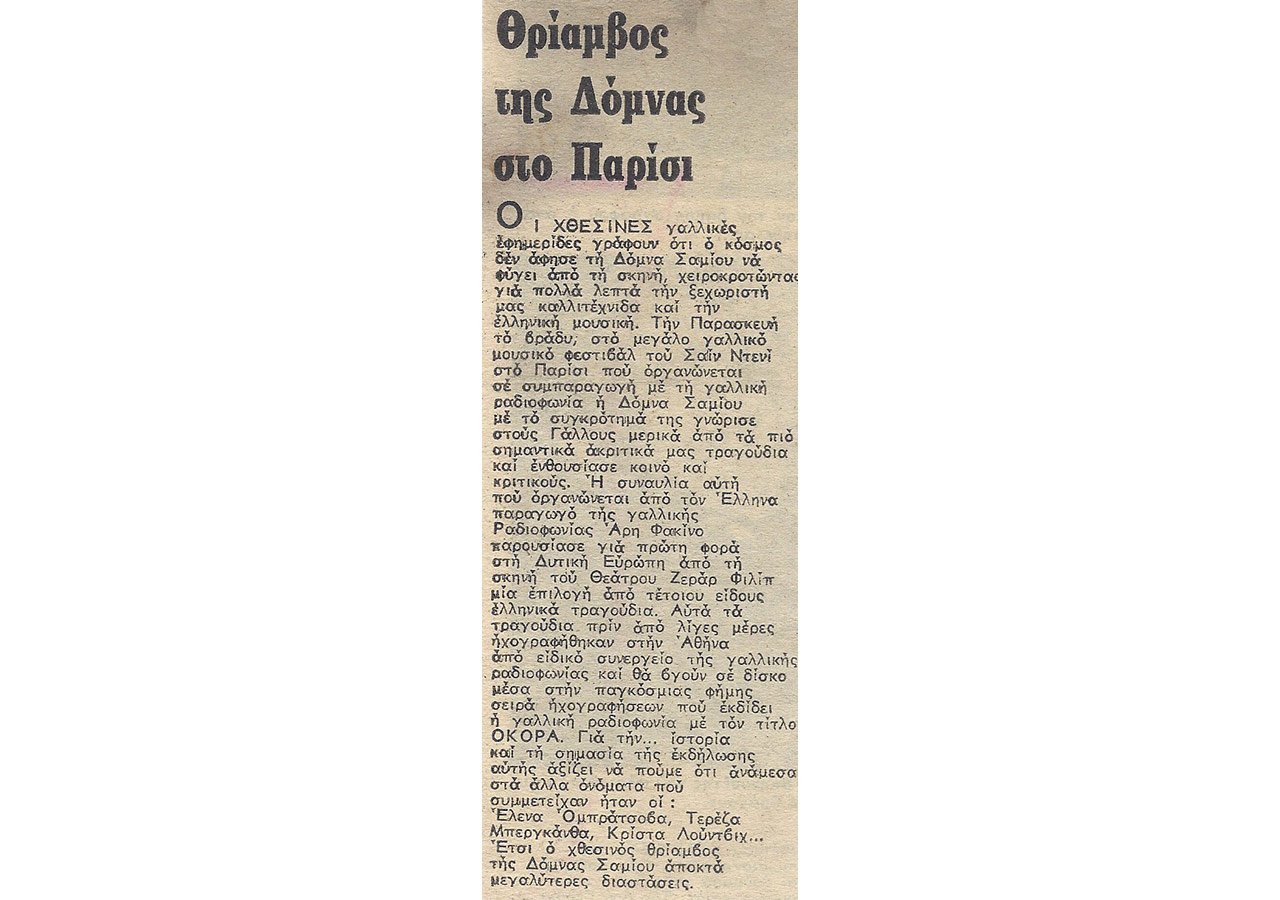