You are at: Home page Her Work Press Clippings and Interviews Menuhin of Mykonos

The subject is of course a bit old to be news, but it does not lose its value since it concerns Yehudi Menuhin.

The Mayor of Mykonos Christos Varonis awarded the famous violinist and his wife honorary citizenship of the island on behalf of the Municipality of Mykonos, in a ceremony in the open air Municipal Theatre of Lakka on September 18th. Of Russian Jewish descent, born in New York in 1916 and 77 years old today, Menuhin, who is a peer for life, came to Mykonos for the first time in 1962, with his American wife Diana (who had terminated her dancing career). Since then the two of them never neglect to visit the island every year, with the only exception of the seven years of the dictatorship1.

During the space of these 31 years they acquired a pleasant house on the island, which overlooks the Aegean, and built strong bonds with Mykonian families like that of the unforgettable weaver Vgenoula Kousantha and many others. Domna Samiou, who has worked in the past with the great Musician, sped to participate in the award ceremony.

The result was for him to accompany with his violin the famous song from Constantinople Farewell Holy One. It should be notes that that was the greatest surprise of the evening, since Menuhin has not appeared before the public to play in four years.

'My wife and I are grateful that officially and unanimously you made us feel that we are part of you, your country, your traditions and your heritage', Menuhin said in thanking. 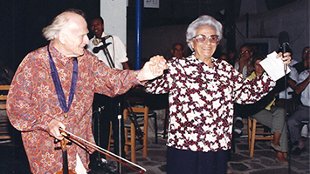 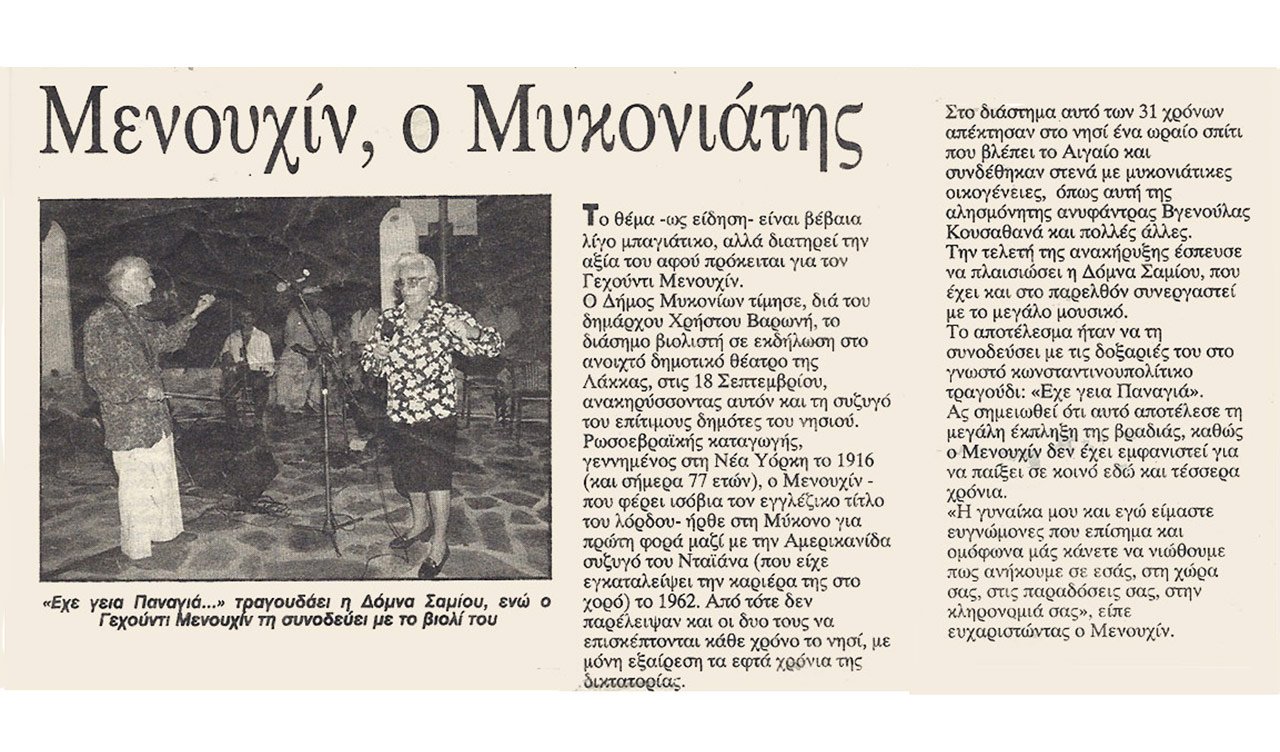