You are at: Home page Her Work Press Clippings and Interviews D. Samiou at the Small Theatre of Epidaurus

D. Samiou at the Small Theatre of Epidaurus

The great lady of our traditional music, the unique guardian of our musical heritage Domna Samiou, will be welcomed on Friday and Saturday at the Small Theatre of ancient Epidaurus.

Once again Domna Samiou promises a special feast for all those who will be present on the two evenings in the Small Theatre in Argolis. A feast in which the art of music, as it has evolved in our land over the ages, and Greek tradition, will have the lead. The manner in which she sings, with her exceptional renderings, her directness and her inexhaustible spirit, transforms the audience into an accomplice [in the celebration].

Once again she will treat the audience to songs and tunes from the Aegean islands, Epirus, Crete and the Peloponnese. Katerina Papadopoulou will sing with her songs of the Cyclades and the Dodekanese, Zaharis Spyridakis songs from Crete and Panagiotis Lalezas songs from the Peloponnese. Apart from her own musicians, a twelve member polyphonic group from the areas of Dropoli, Pogoni and Vourkou in Northern Epirus, directed by Lefteris Kontos, will also participate. The musical advisor of the two concerts is Yiorgos Papadakis. 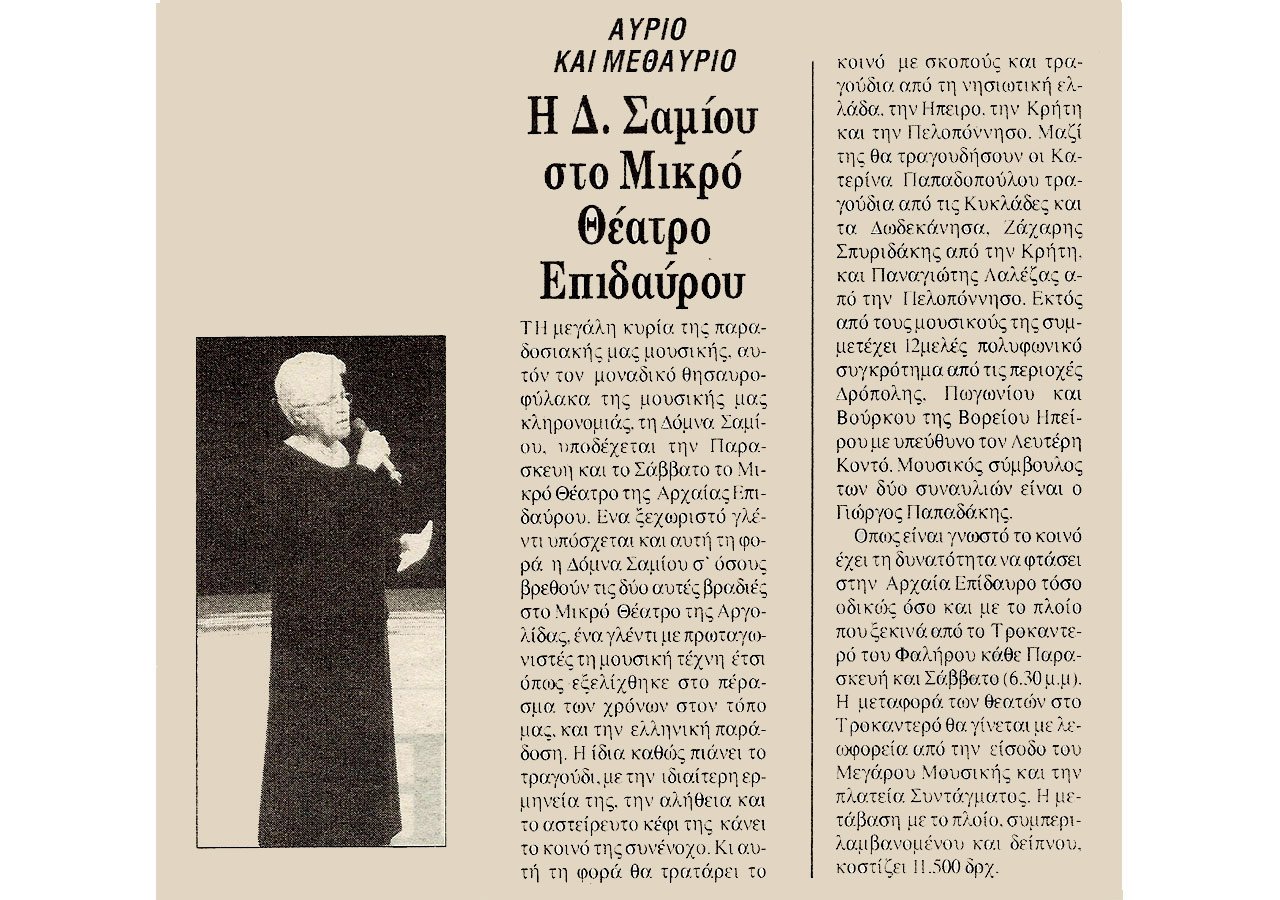 D. Samiou at the Small Theatre of Epidaurus