You are at: Home page Her Work Press Clippings and Interviews A collectible CD featuring Domna Samiou

Domna Samiou, the lady we all owe so much gratitude to for her monumental work, with a lifetime which reads like a story, presented her new CD Domna Samiou at the Athens Concert Hall.

'Is there a consciousness of the debt modern Greek song writing owes to this lady, who revealed to us the old urban songs of Constantinople and Crete and the wind instruments of the Macedonian towns?' Dionysis Savvopoulos would ask. 'The person who discovered me' as Domna Samiou characteristically described him, he is the musician who introduced the 'saviour' of our folk music to the broader public. For many years she has been collecting - piece by piece - the treasures of our musical traditions. The fruit of this ceaseless task, which requires 'not only work, but also funds, which more often than not, no one provided' as she clarifies, is a treasure trove. A collection of folk music that many important cultural institutions around the world would envy.

The CD was 'cut' last October, at the grand concert held at the Athens Concert Hall to celebrate her 70th birthday, under the rubric of the cultural program 'Gefyres'. There Domna Samiou sang with Dionysis Savvopoulos, Eleftheria Arvanitaki and the precentor Lykourgos Angelopoulos. The CD includes seventeen tracks that were performed that night. Songs from Chios, Western Macedonia, Karpathos, Crete, Asia Minor, Skyros, the Pelloponese, Thrace, Skiathos, Chalkidiki and Sifnos. The musical supervision was undertaken by Yiorgos Papadakis and the recording and sound editing was undertaken by Yannis Sygletos and Charalampos Blazoudakis at the Recording Centre of the Athens Concert Hall. 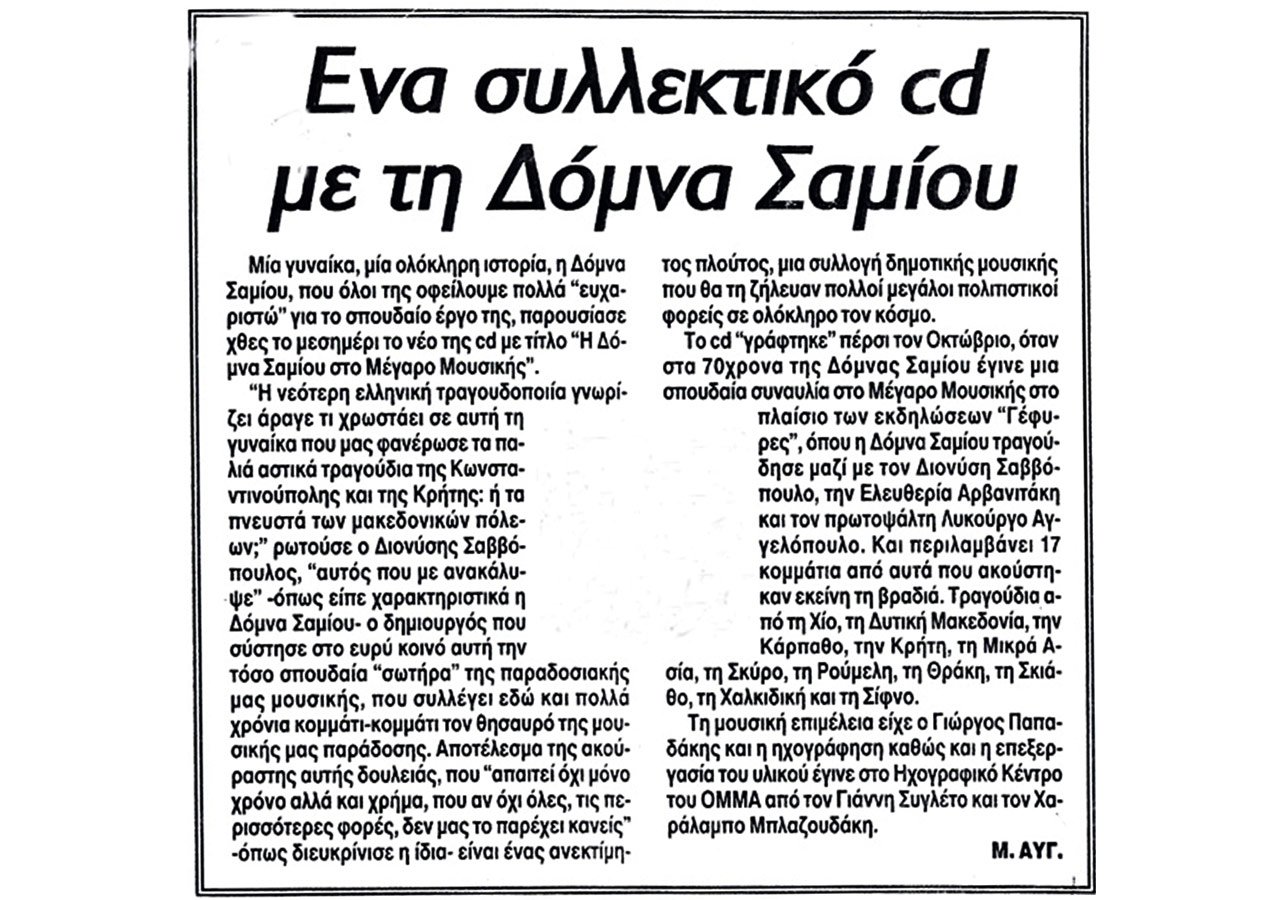