You are at: Home page Her Work Press Clippings and Interviews New and old popular songs and traditional song

A stroll with Domna Samiou

Domna Samiou's long history of involvement with our traditional music, the zest with which she sought it wherever it could be found, the systematic manner in which she recorded it and treasured it, the fidelity and measure with which she sang the songs herself, and finally the service she offered (and for which people much more qualified than me have often spoken), constitute the greatest recommendation for this record. It includes tunes and songs from the Dodecanese, Epirus, Asia Minor, Skiathos, Chalkidiki, as well as an old Athenian serenade. These songs, Domna Samiou points out in the carefully presented booklet that accompanies the record (and also includes all the lyrics) 'are appearing on record for the first time'.

But why now and not earlier? She herself gives the answer with discreet, if evident, bitterness: 'For years I have held on to my archive, without daring to present it, because I was apprehensive to expose it to competition at the time'.

That is a polite way to talk about the competition, acceptable or not, of the recording industry today. A competition which is suspect, when in the same note the researcher and singer thanks Manos Hadjidakis for 'giving me the opportunity and the freedom to present this corpus of music following my own judgement and without any interventions'.

Imagine in other words, how this music gets treated on other occasions, when neither the directors are like Hadjidakis, nor the artists like Domna Samiou! 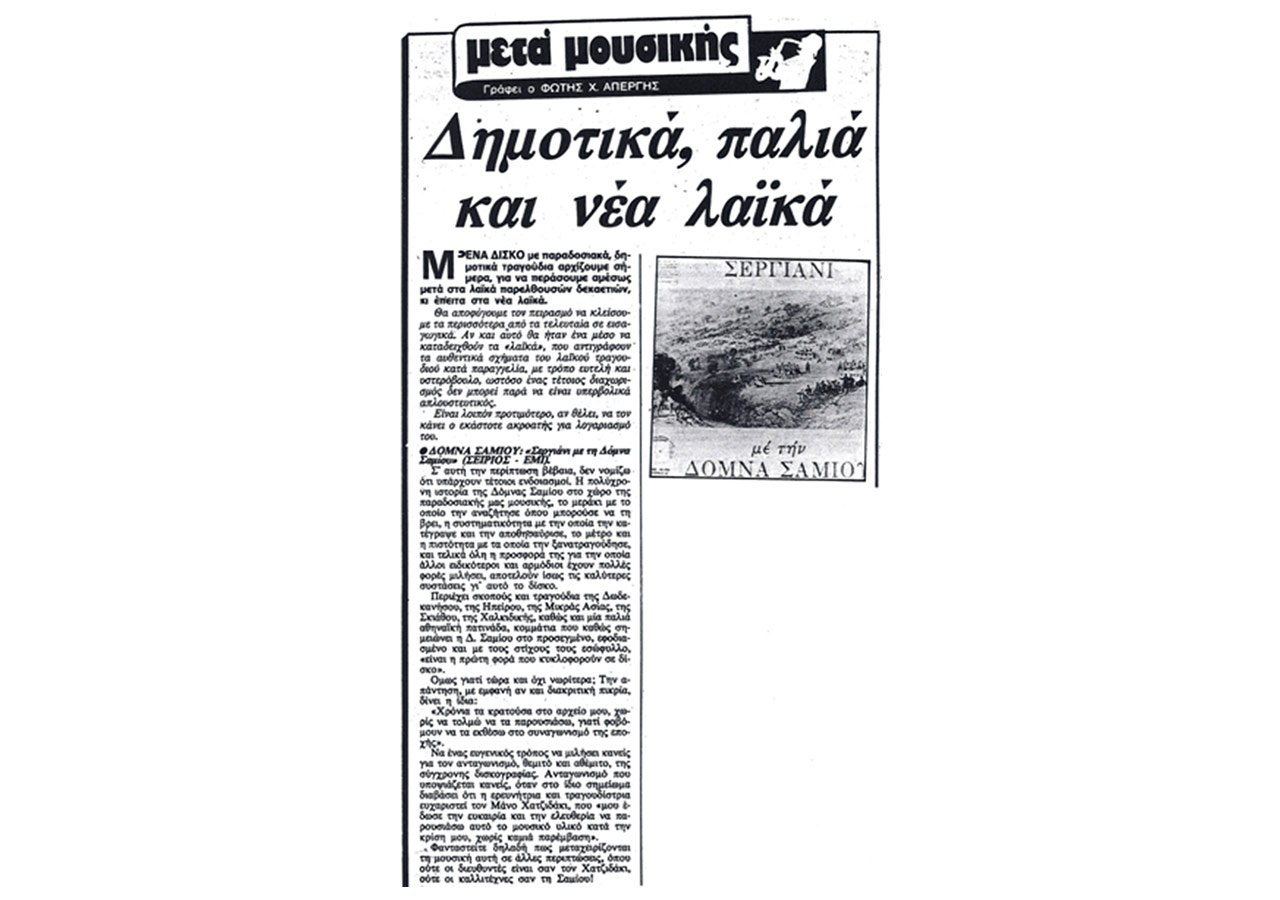