You are at: Home page Her Work Press Clippings and Interviews The sound of traditional Greek carols

Our 'national' Domna at the Athens Concert Hall

Domna Samiou is a national musical asset, and carols without her unique voice and her devotion to the authenticity of tradition are inconceivable. That is why the Athens Concert Hall chose to close its diverse and very successful Christmas Cycle with the 'Carols of the Greek St Basil1' concert at the 'Dimitris Mitropoulos' Hall; featuring Domna Samiou, with Lambros Liavas in charge of musical research and supervision and with the select actress Irini Igglesi as presenter.

The fragrant hall was decorated with myrtle branches, apples and pomegranates and a large boat2 lodged among the greenery. The model Byzantine church on stage gave a air of religiosity and tradition. It was a pleasure to behold and a pleasure to listen, as the young children, boats and triangles3 in hand, all traditional, sang carols. Girls and slightly older boys (the choirs of the Museum of Traditional Musical Instruments 'Phoebos Anogianakis' and the Art and Culture Workshop), and the folk musicians Nikos Filippidis on flute and clarinet, Yiorgos Marinakis on violin, Socrates Sinopoulos on lyre and lafta, Kostas Filippidis on lute and Yiorgos Gevgelis on tumbeleki (drum) and the large drum, created the sounds of a Greek celebration in the countryside, the islands, Constantinople and of our urban Christmas.[...] 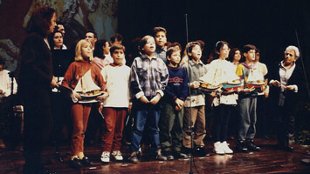 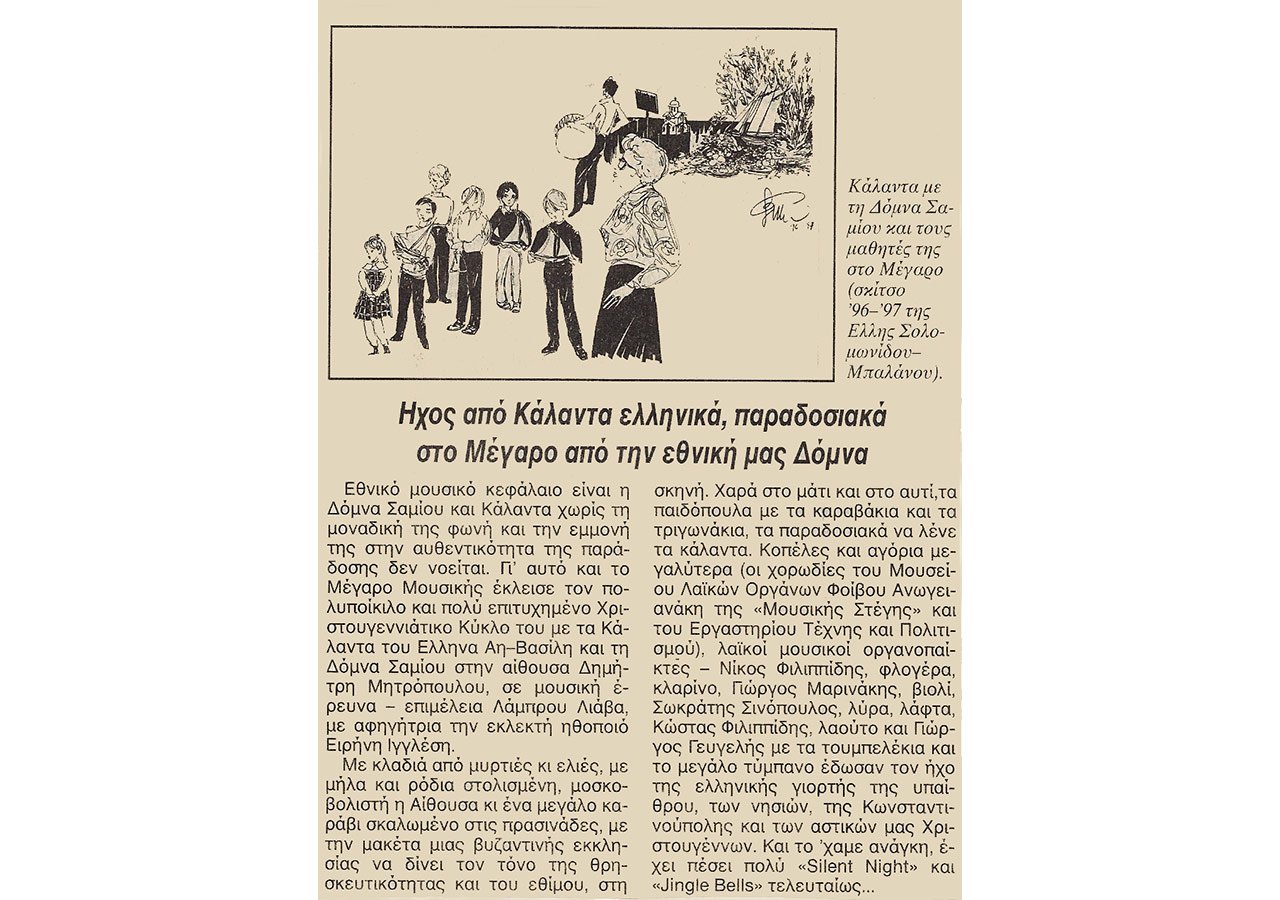