You are at: Home page Her Work Press Clippings and Interviews From Pontos to Cyprus

From Pontos to Cyprus

The Cultural Foundation of the Bank of Cyprus, continuing it's excellent events, is organising three concerts within the rubric of its Third Annual Musical Event in Lefkosia, Paralimni and Lemesos, called 'Promenade with Domna Samiou, from Pontos to Cyprus'.

Domna Samiou will be accompanied by the Cypriot singer Christos Sikkis and six folk musicians: Petros Kalyvas on clarinet and flute, Alekos Arapakis on violin, Nikos Karatassos on santur, Theodoros Kekes on Thracian bagpipes, Kostas Papaprokopiou on lute and Andreas Pappas on goblet drum and davul.

The Pontian dancing troupe 'Caucasus' will also be presented for the first time in Cyprus. Founded in 1977 by Pontian refugees from the Soviet Union, 'Caucasus' is composed of six dancers and the lyre player Yiorgos Amarantidis.

As we all know, the Greeks who lived and continue to live in the Pontos area of Asia Minor, on the Southern shores of the Black Sea, developed a distinct temperament and an exceptionally vibrant culture, with characteristic variants in language, music and dance. The distinguishing factor of the Pontian dances is their group character, which is why the closed circle is their most common pattern. The individuality of each dancer is restricted to the personal interpretation of shared established moves. The main instrument which accompanies dancing is the 'kemance', a three stringed bottle shaped fiddle.

The program includes traditional songs from various parts of Greece, from Pontus to Cyprus, and is divided in two parts. The first part will include akritan songs, wedding songs and songs of emigration, and the second, love songs.
[...] 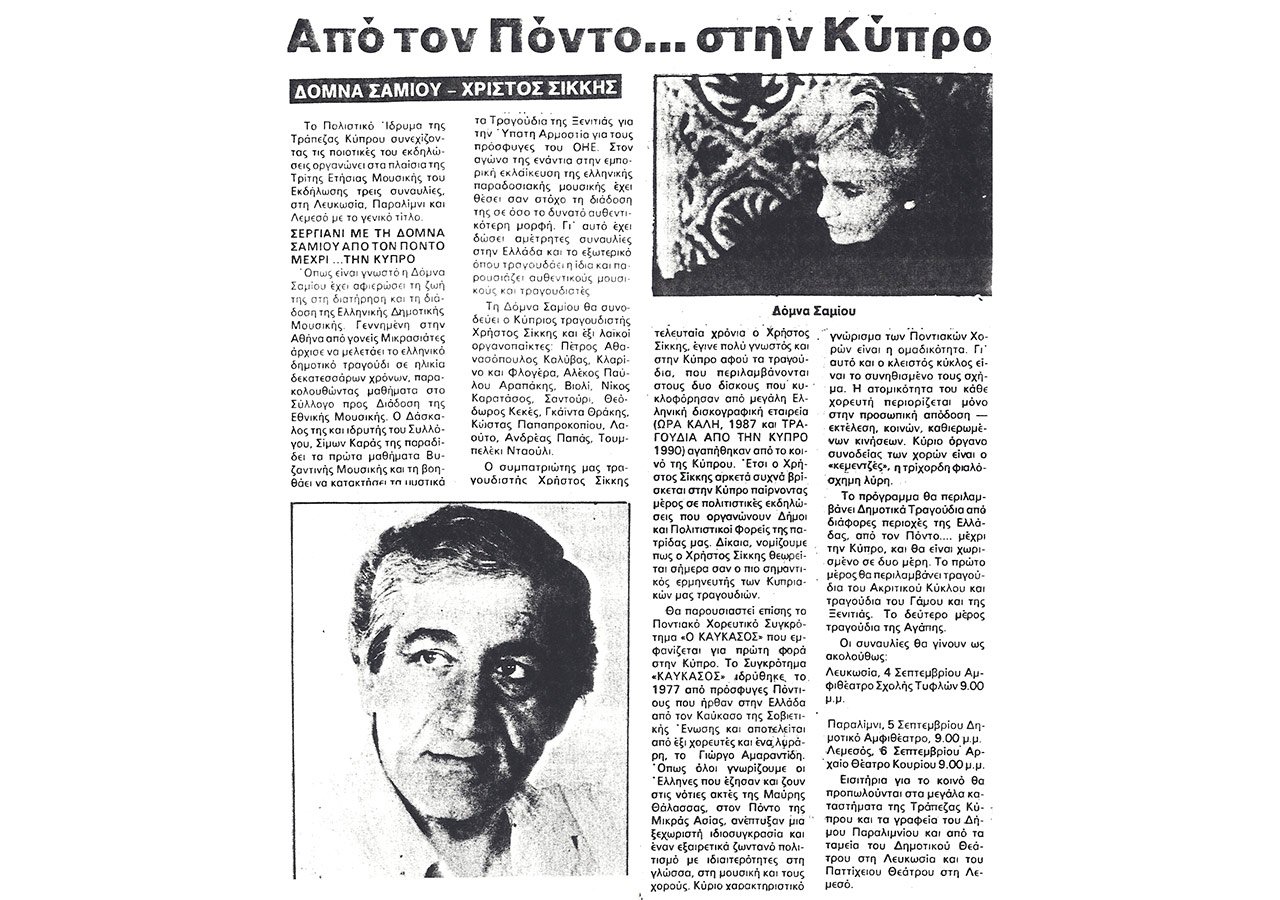