You are at: Home page Her Work Press Clippings and Interviews Greek Folk Music

Friday evening's English Bach Festival high jinks in the Town Hall sent away one of the most satisfied audiences I can remember. Lina Lalandi did ethnomusicology proud by bringing Greek folk musicians and dancers into our lives. Greeks and Graecophils were there, of course, but simply everybody responded to Domna Samiou and her magnificent performers. Though jollity reigned, there was pathos and intensity.

Of the colourfully costumed dancers, I can say only that I enjoyed their vital performance immensely. Of the singers, utterly related to their language, their truth was clear to all.

The instrumentalists turned on a staggering show of virtuosity, Christos Bairaktaris, their doyen, played the Pontic lyra with incredible skill, and his Rembrandt-like figure dominated. Clarinet, Santouri and the rest were individuals to a man.

Most impressive of all was the natural command of less than semitonic intervals, far more convincing than our last century's educated experimentation. 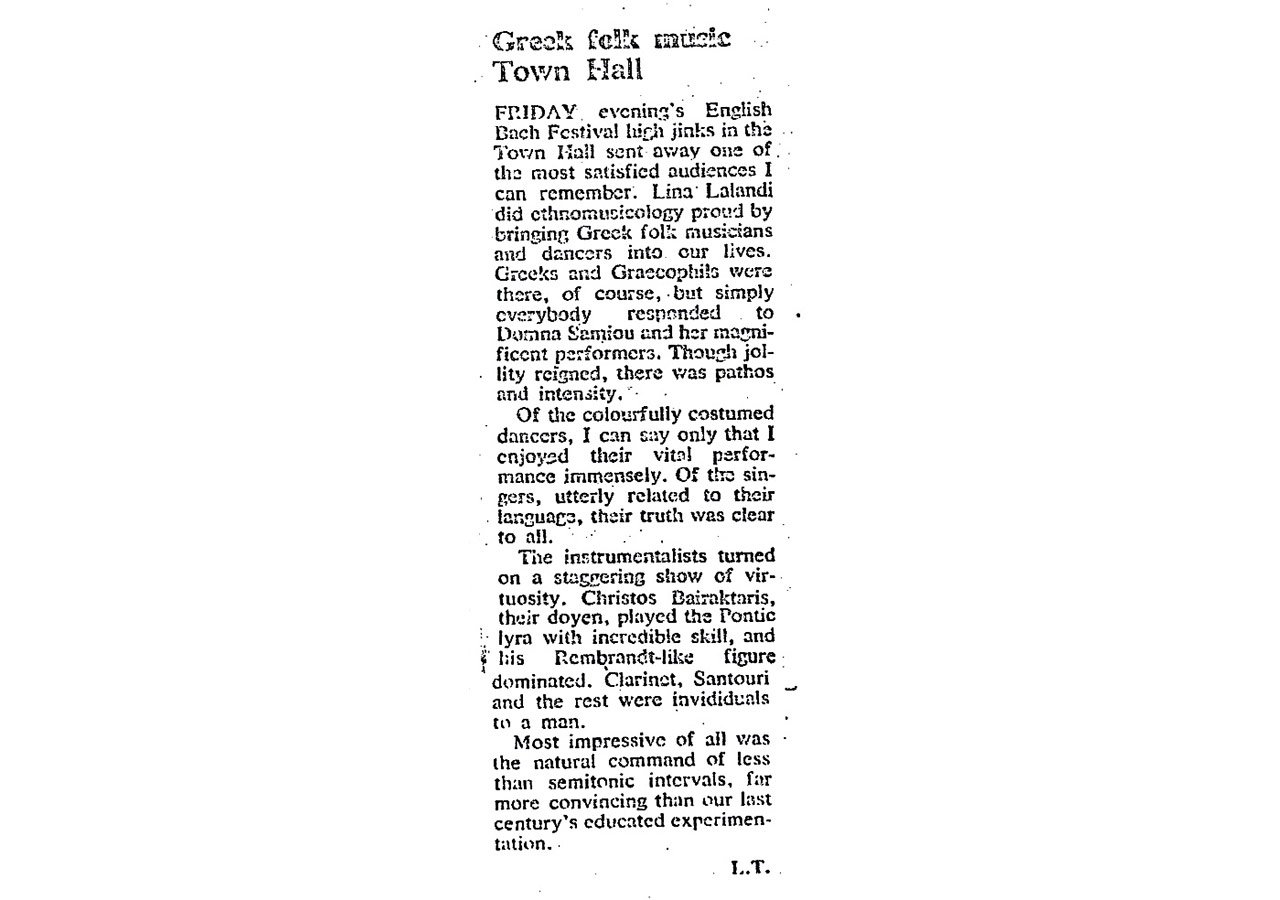