You are at: Home page Her Work Press Clippings and Interviews Dance and music

London's musical public is so capricious, often so ungrateful, that it was good to see the Queen Elizabeth Hall filled to overflowing on Saturday night, the audience clapping its pleasure at the end in time to those on stage, and the artistic director of the English Bach Festival, whose concert it was, even dancing out her own happiness at the success of an idealistic venture hand in hand with the troupe of folk musicians and dancers imported for the occasion.

Whatever each year's specific theme, Lina Lalandi never forgets, or allows us to forget, that she is Greek, and that her country, too, has something special to contribute to the international scene. Since often, nowadays, folk importations are sophisticated out of all recognition or else impossibly naive, it was a delight to be offered something at once so authentic and so fluent in stage presentation.

Domna Samiou is' the director of the group, which includes natural virtuosi of instruments like the Ivra (or mini-fiddle) of Pontus and the gaida (or bagpipe) who might never have left their native haunts but for a festival of this kind. Familiar instruments such as clarinet and drum also emerged in what might be termed exotic local dress, while singers lent their own special tonal edge to songs from Epirus, Pontus, Macedonia, Thrace and central Greece (the programme was regionally devised).

Whereas at last year's festival Miss Lalandi imported only folk musicians, this year she had dancers too, not forgetting a remarkably unified trio (dressed like storm-troopers) in a war dance from Pontus. Whatever the context, ceremonial or gay, it was only by reading the programme-book that you became aware of underlying rhythmic complexities. On stage it all looked like child's play. 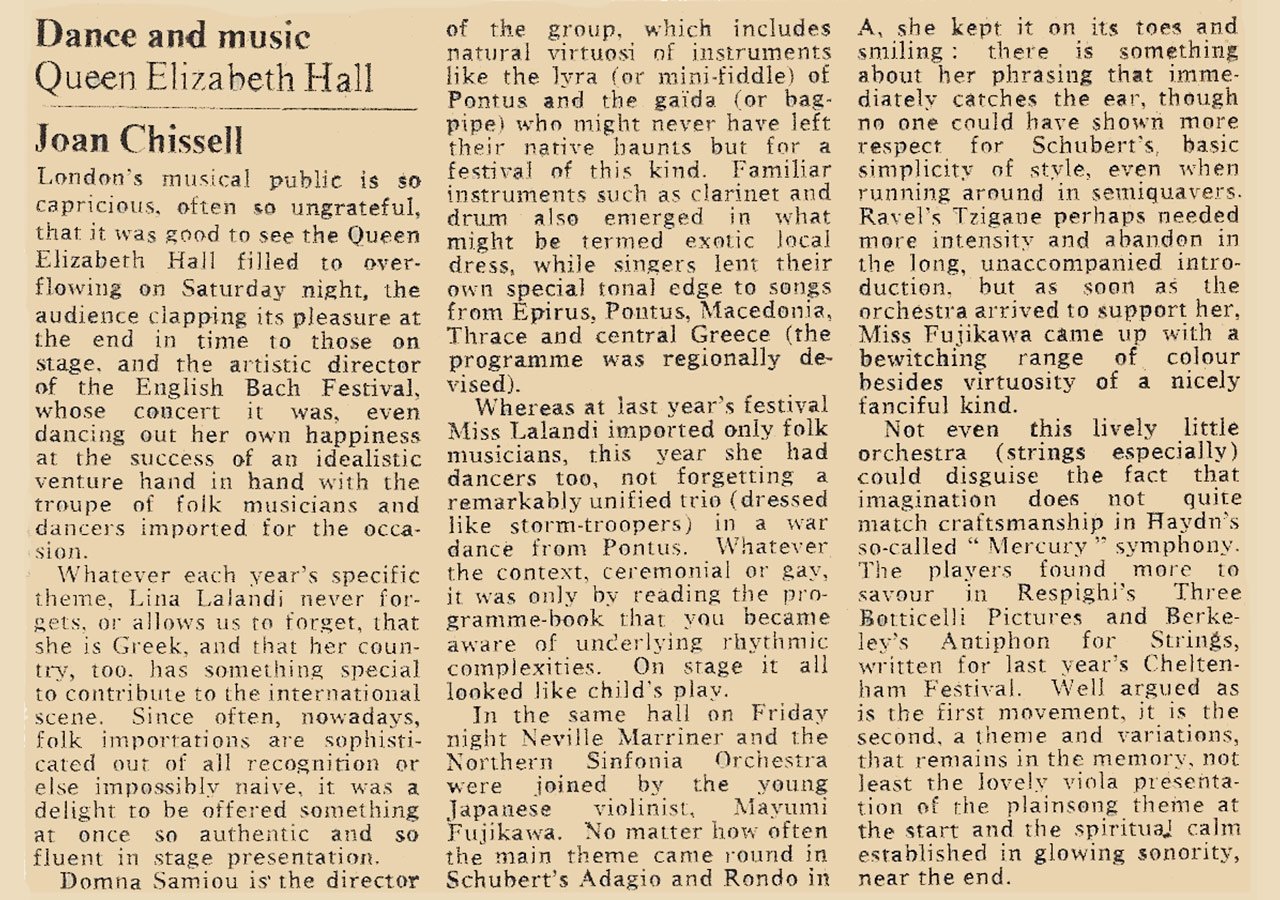