You are at: Home page Her Work Press Clippings and Interviews Greek folk

Lina Lalandi again brought Domna Samiou and her Greek musicians and dancers to the Elizabeth Hall as part of the English Bach Festival. That name becomes more and more inappropriate as the years go by, for what could be farther from North German baroque than the flamenco programms presented under the festival's aegis over the weekend and Monday's eastern Mediterranean music.

Miss Samiou's troupe, of which she is the leading and most affecting singer, gave us a formidable conspectus of her fellow countrymen's folk song and dance, a survey that obviously derived from genuine sources and was given without extraneous or distracting aids. Sometimes the artistry is considerable, and even when it is not, the music itself is usually fascinating enough.

The oriental influence on the Thracian and Macedonian pieces is pervasive, particularly in the melodic line and sometimes in the subtly alternating rhythms, and even the instruments recall their Indian equivalents. The most brilliant of these is the double-reeded zournas brilliantly played by Evangelos Psathas; the most sensitive, the sitar-like santouri, of which Aristidis Moschos is such a master. These, the insinuating floghera, a Greek flute, and their accompanying instruments were splendid partners for Miss Samiou's singing and/or the dancers.

The music from Crete was by comparison more monotonous (in the word's literal sense) and less flamboyantly sung and played. That from Cyprus seemed to inhabit another, more obviously Mediterranean, even Italianate world, at least in the persuasive, more obviously sensuous singing of Christos Sikkis.

The dancers often made less impression than their musician colleagues. The leader, impossible to identify by name, had flamboyance, but this kind of often ring-a-ring-o'-roses movement calls for an authentic background to let one succumb to its natural but rather unvaried jollity. 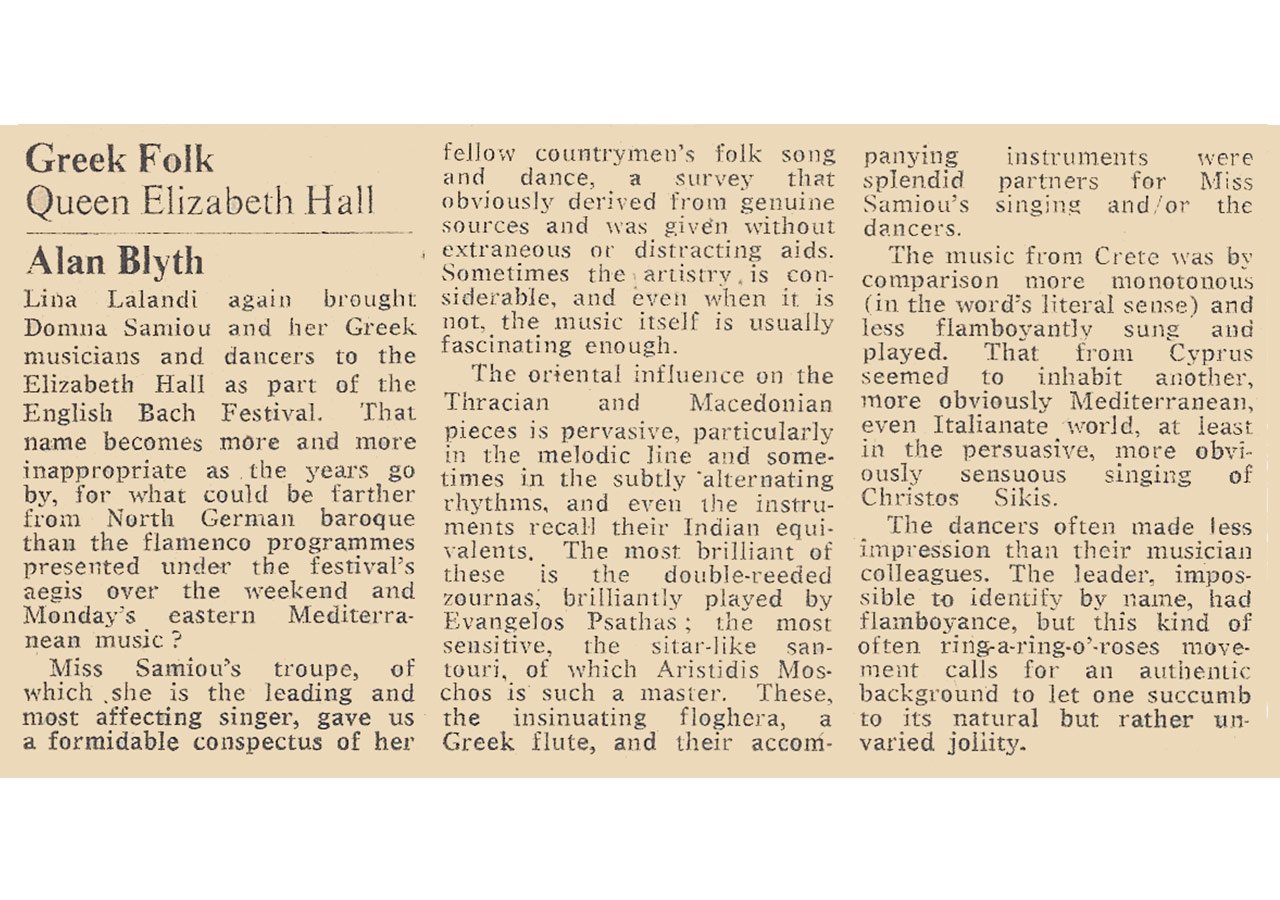