You are at: Home page Her Work Press Clippings and Interviews Musical week

[...]
An evening of Greek traditional music in the welcoming environment of the Hellenic American Union, brought us once again in contact with the incomparable phenomenon of our peoples music. There is so much discourse about the 'creation' of a national music, yet its sources pour forth so close to us, here in the very roots of our existence...

The diversity of our folk music is admirable and wonderful. Following the program presented by Domna Samiou and her colleagues, one is enchanted by the wealth of forms (songs for dancing, klephtic songs, mourning songs) and the endless diversity of musical styles (from the bitonal music of the Aegean islands to oriental tonality and the primordial polyphony of the songs from Epirus).

Domna Samiou presented a nice selection of this rich array of forms and styles, as lead singer, with the accompaniment of a group of choristers and a group of exceptional folk musicians (Antonis Tsohos on violin, Nikos Stefanidis on kanun, Agapios Tompoulis on oud, Stavros Adrianos on lute, Philippos Roundas on clarinet, Kevin Andrews on flute, Evangelos Fysakis on lyre and Kostas Roundas on tambourine).

The way in which the program was rendered, gave a pleasure and satisfaction that is rarely offered by the professional presentation of folk music which has been transplanted from the countryside to large urban centres. The spirited projection of rhythm, the colourful decoration of melodies, the clarity of recitation and the purity of the style, all revealed knowledge and a pertinent response to the problematics of Greek music.

Simon Karras, who has deep knowledge of Byzantine music and of our folk music, should be proud of his work. Thanks to his guidance, this exceptional group, who are all member and collaborators of the Association for the Dissemination of National Music, acquired the training, the spirit and the experience that guarantee purity of style and precision in execution. 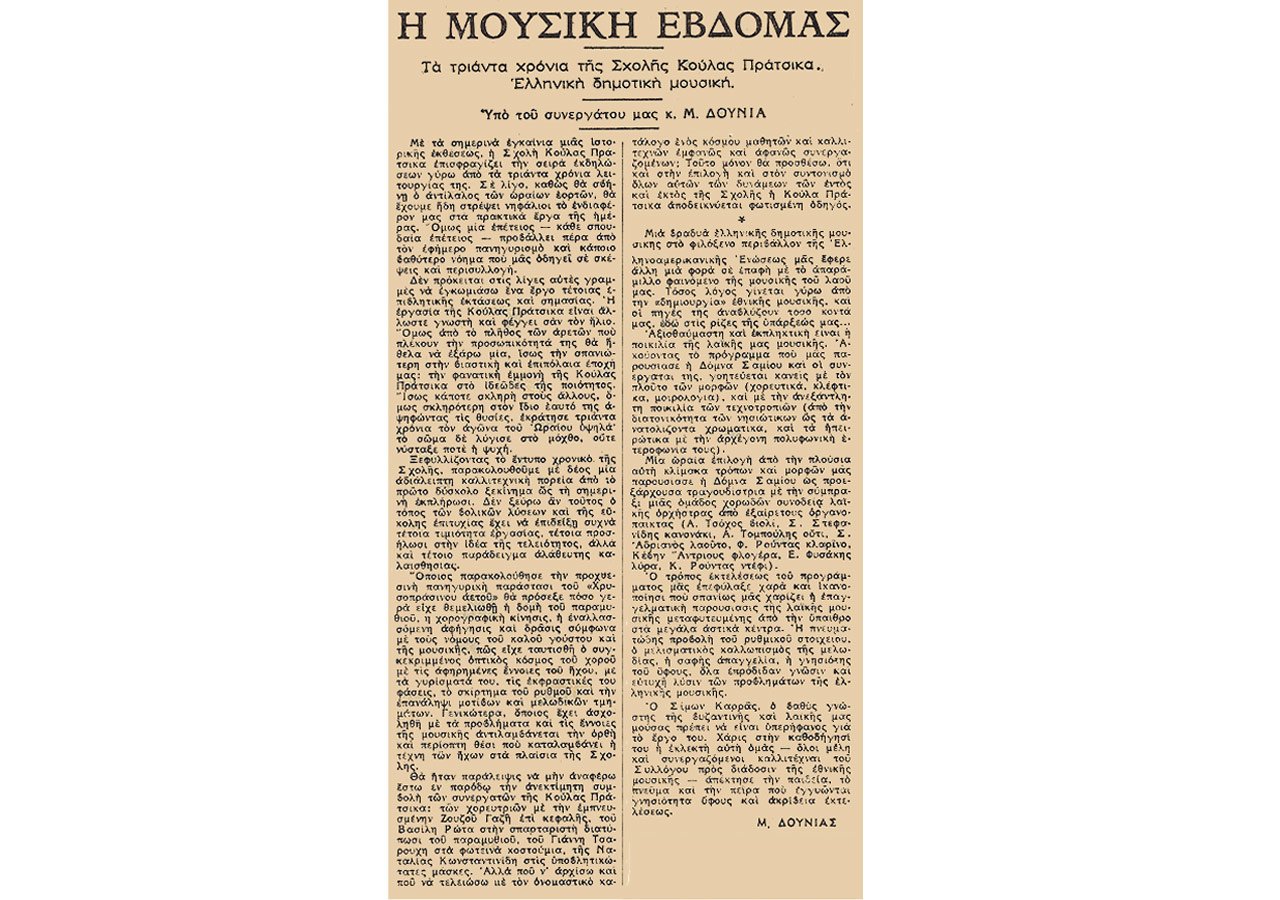