You are at: Home page Her Work Selections Notio Toxo in Karpathos 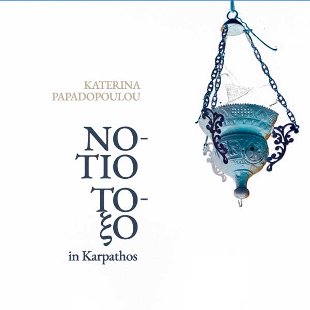 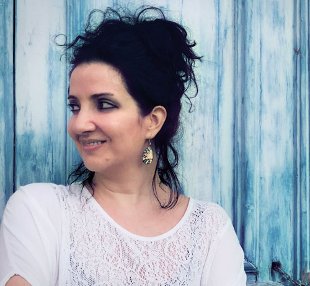 Areas with common linguistic and musical characteristics, with an unquestionable relationship between them and unique Greek character.

An arc that originates from the Southern part of Asia Minor, Cyprus and continues on to the Dodecanese, Crete, the Cyclades, the Southern Peloponnese, until Southern Italy.

This is a region with both geological and cultural interest, since it extends over the “Aegean Arc”, a seismogenic area, with ongoing turbulence.

Partners in turbulence, Stefanos, George, Kyriakos. With infinitely sophisticated sentiment as well as aesthetics. With shared motivation for a fresh take on songs sung years, decades, perhaps even centuries ago.

Musically, we source from what we know through study and contact but also what we carry within us. A while before the materialisation of this album, it was a burning desire of mine for it to be recorded live in a Greek monastery, within the “Southern Arc” of course. For this I asked the help of Stefanos, believing he was the appropriate person, as indeed he was. A simple thank you is insufficient…

With Stefanos as an intermediary, we met Father Kallinikos of St. George Vasson monastery in Karpathos, who allowed us to stay as well as record there. The risk of the entire enterprise was sizeable and difficulties were many, due to the fact that it was quite unusual for Greek standards and Karpathos, a barren landscape. Nevertheless, everything went according to plan as if “guided” by an invisible hand.

The mystical atmosphere, meditative -a prayer, one would say- during the entirety of the recordings, the kindness shown by the women of the nearby village of Pyles in the breaks, the silence, the wild, beautiful strength of the land that hosted us and certainly, the tireless support of Father Kallinikos, is hard to put into words for anyone who didn’t experience it and which I am reminded of every time I hear the album.

Unnoticed fellow traveller, as an ensemble member, George Kariotis was emotionally present till the last second. “Team Karpathos” completes itself with Christos Achladiotis, who unobtrusively became part of the team and facilitated the whole mission.Our recordings took place in the holy Patriarchal and Stavropegic monastery of St. George Vasson in Karpathos, on October 9-11 2018, the performances are live without post-produced tunings and the location of st. Georges Monastery of Vasses, served as the ambience.

(2. Asherombasman, is the only album track recorded at Sierra studio as a demo, but was included because it belonged to the same cycle of songs of the “Southern Arc”.)

Thank you all for this unique experience.

P.S. I would like to thank Efrén for his wonderful input with the sound, Eleni for her creative input, Stefanos for the text translation, Domna Samiou Greek Folk Music Association for the endless support and last but not least my family who tolerate me being absent from time to time. 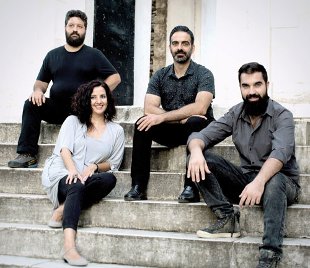