You are at: Home page Her Work List of Songs The Lament of the Virgin (Thrace) 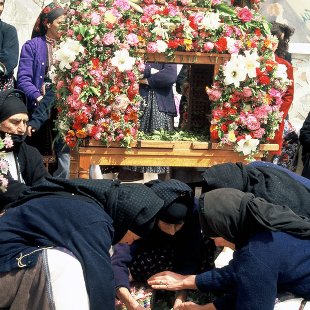 The Lament of the Virgin (Thrace)

...
Today the sky is sullen black, the day itself is sullen,
today all folk are sorrowing, the mountains are in mourning,
today the lawless wicked Jews have taken the decision
that they will crucify the Christ, the King of every being.
The Lord himself expressed the wish to go into a garden
and hold a mystic supper there,
which all should have a part in.
The Holy Virgin, Holy Mother, a solitary figure,
just said her prayers and offered them
to help her sole-begotten.
...

A Mother Has a Son

A mother has a son, the apple of her eye, and the neighbourhood would have him, ’tis a wonder the very mountains do not cru...

Young Evyenoula, comely lass, the lass who married early and boastfully was wont to say that Charon would not get her becau... 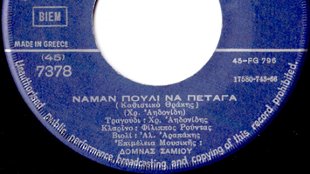 I would I were a bird to fly high up above the hill-tops, and so survey what lies below in distant foreign countries that I...

In Constantinople I Heard the News

I was in the City and heard my fairest was to wed, that she had exchanged vows with another. Mounting my horse, I set off h... 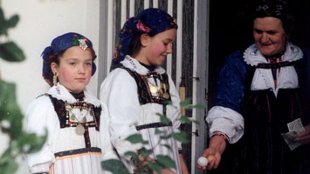 It is the feast of Lazarus

Lazarus Saturday Carol It is the feast of Lazarus, the feast of Palms is nigh. – Where were you, Lazarus, where did you hide yourself? – Why, I wa...

May's come, May's come and spring, summer’s come when the perfumed roses bloom. I’ve a white rose I want to dye and if I... 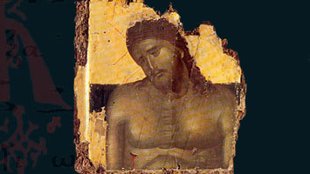 The masterpiece of the Byzantine music tradition, the Troparion of Kassiani by Yiorgos Remoundos and his choir, ‘The Kalophon...

The Exaposteilarion. 3rd Mode. I see Your Bridal Chamber adorned, O my Saviour, and I have no wedding garment, that I may en...

Holy Week Lament ... Do you not see that naked man, forlorn and sore afflicted, who wears a garment steeped in blood, a thorny crown upon h... 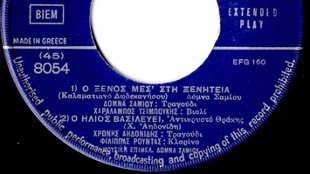 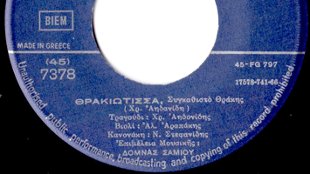 The ninth Ode of the Kanon with its Katavasia

Deacon or Priest: The Theotokos and Mother of the Light, honoring with hymns, we magnify. The 9th Ode. The Heirmos. Gome,...