You are at: Home page Her Work List of Songs Down at Aghia Marini

Down at Aghia Marini, at Virgin Mary's monastery
a twelve-year-old girl, joined the local nunnery.
She doesn't cross her fingers nor does she say her prayers giggling,
she watches the lads go by, only for them she cares.
She is standing near the cross-roads, selling wine.
A bonny lad approaches, a lad manly and fine.
– Lady, could you tell me how much is the wine?
– Five francs for the old men, free for boys so fine.

Refugees from Eastern Rumelia used to sing to song and dance on 15th August, at the banquet of the feast of the Assumption.

I first taped the song in 1964, in Agia Heleni in Serres (Macedonia), where every year, on the 21st of May, the Anastenaria Festivities take place. I had gone there to attend the feast through the whole duration of which -by tradition- the lyra and the daouli are being played without cease. The lyra player, Dimitrιs Vlaskos, played for me a number of songs from Eastern Roumelia among which was this Karsilamas in question. I taped them. Of course, at the time, I could not bring local musicians to the studio, and I had the musicians I found in Athens to perform the tunes while I did the singing.

Listen to the original taped version of the song by Dimitris Vlaskos, 39 years old.

Down at Aghia Marini, at Virgin Mary's monastery a twelve-year-old girl, joined the local nunnery. She doesn't cross her fi...

No Father Had I

I Dug This Earth 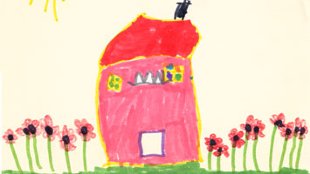 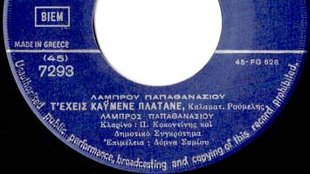