You are at: Home page Domna Samiou A Tale of a Life Refugees, from Bayindir (Turkey) to Kaisariani (Greece)

I was born in Kaisariani in 1928. My parents were from Asia Minor. My mother came to Greece in 1922 with the refugees, alone, without any other relatives, just with fellow villagers. She left her village of Bayindir, and went to Smyrna. She would describe to me how she hid from house to house, until the fire...

My father remained in Asia Minor as a prisoner, and arrived in Greece a year later, with the exchange of populations. In the beginning my mother, just as all the other refugees, lived in storehouses and schools. Later on they were given tents in Kaisariani. 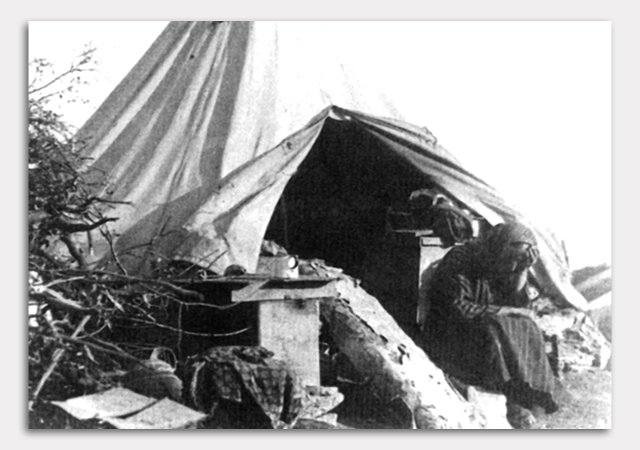 After the Asia Minor Catastrophe, 1922

There is a photo at the municipal hall in Kaisariani showing those tents. That was the first stage of the refugee settlement.

When my father arrived from Asia Minor by ship at Piraeus started asking around where women from the village of Bayindir could be found. He chanced upon a woman from Bayindir, a fellow villager of my mother's, who knew where she now lived. She showed him the way to Kesariani. You can imagine how moved they both were, Yannis and Maria, when they met again. My father dressed in rags and covered in lice. My mother had not known if he was alive or not. She told me she used to go and see a medium, to ask if he was still alive, and the medium would tell her not to worry, because she could see him feeding camels. And it was true, he had been given the job of feeding camels in the Turkish army.

So finally my father arrived. My mother told me that they constructed a bed of empty barrels and planks of wood to sleep on in their tent. Meanwhile a church had also been constructed in the neighbourhood, the church of St Nikolaos. You could say my father was religious. He really liked the church and church music. Since our tent was close to St Nikolaos, he would go every Sunday and follow the service. Sometimes he would stay on in the afternoons and follow the weddings and the baptisms that would take place.... 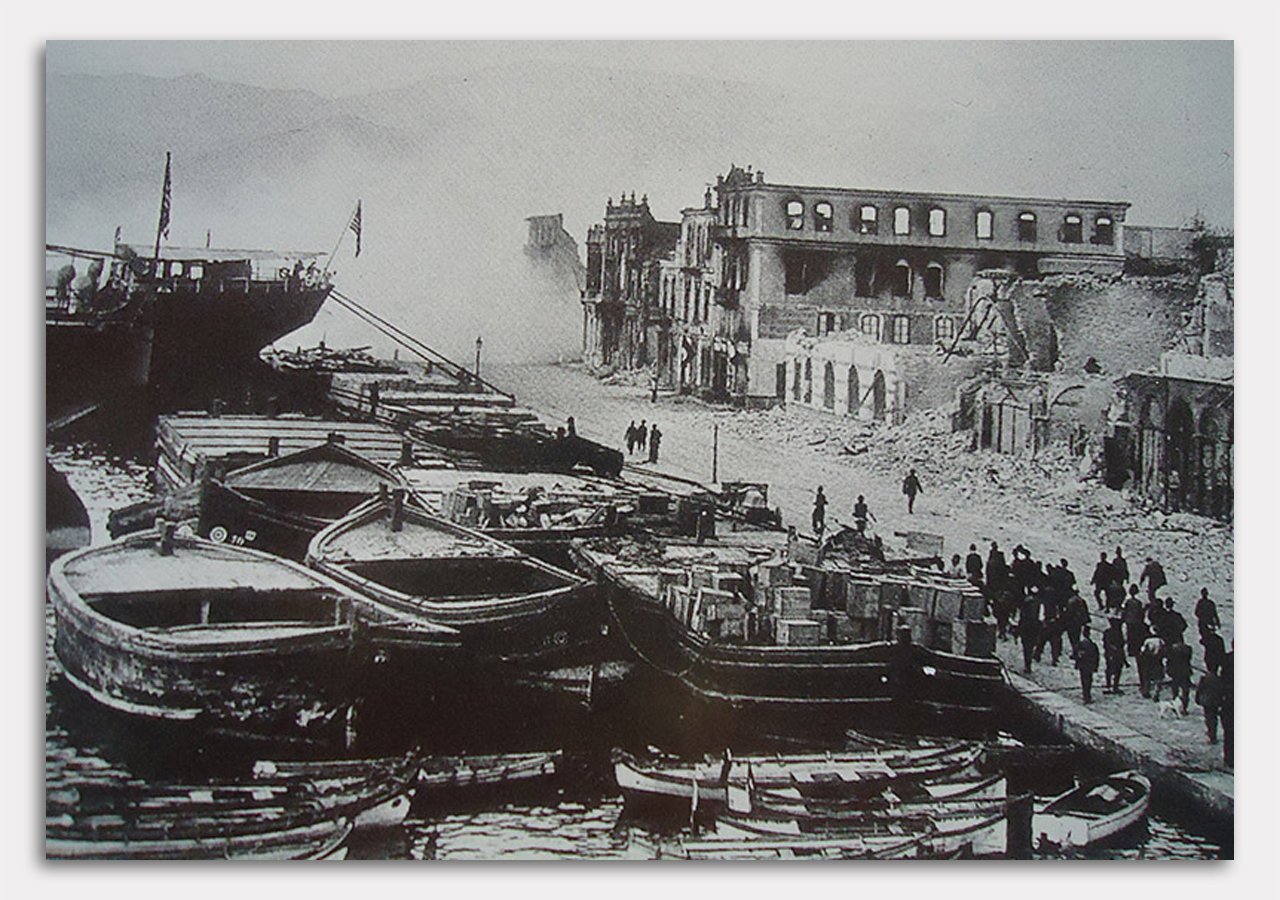 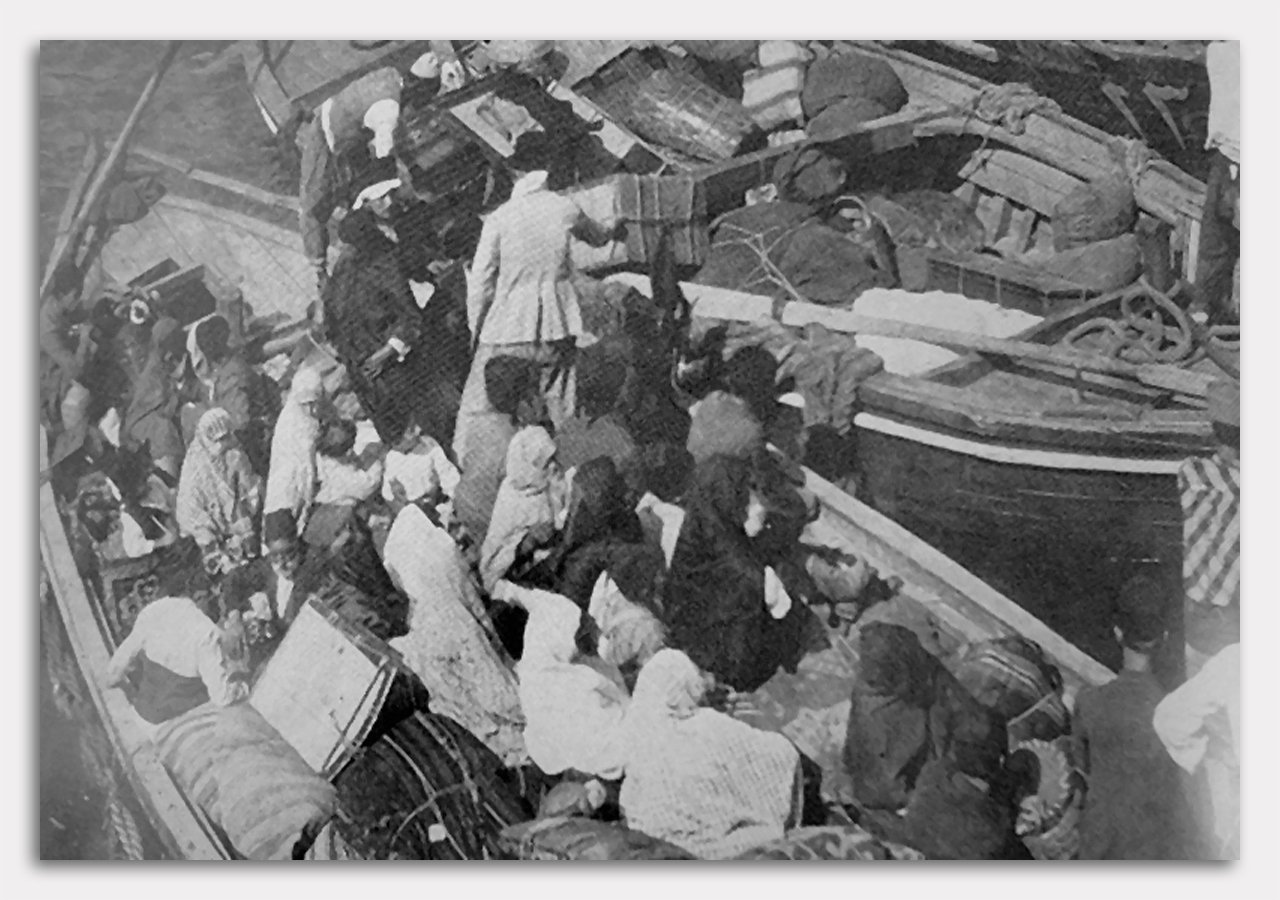 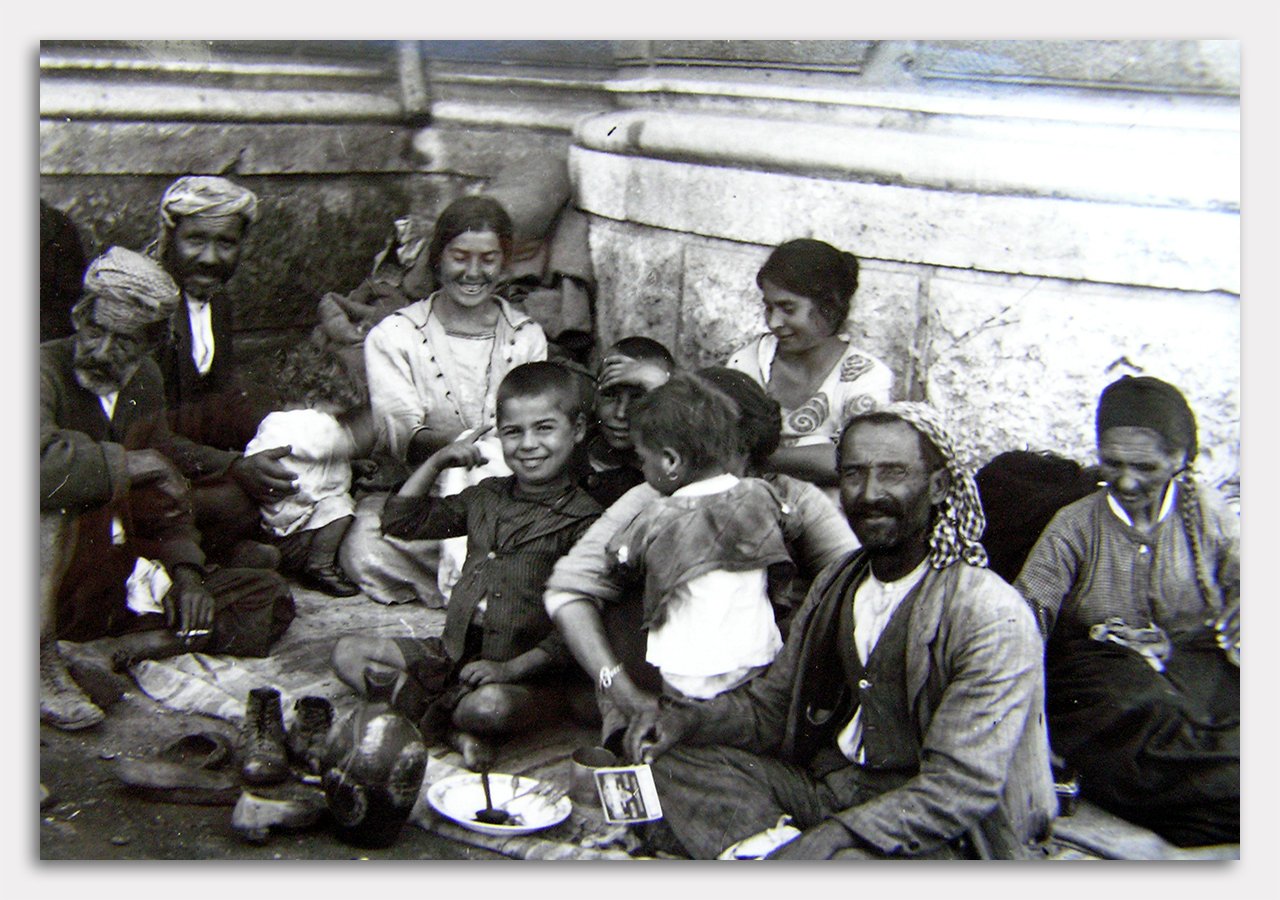 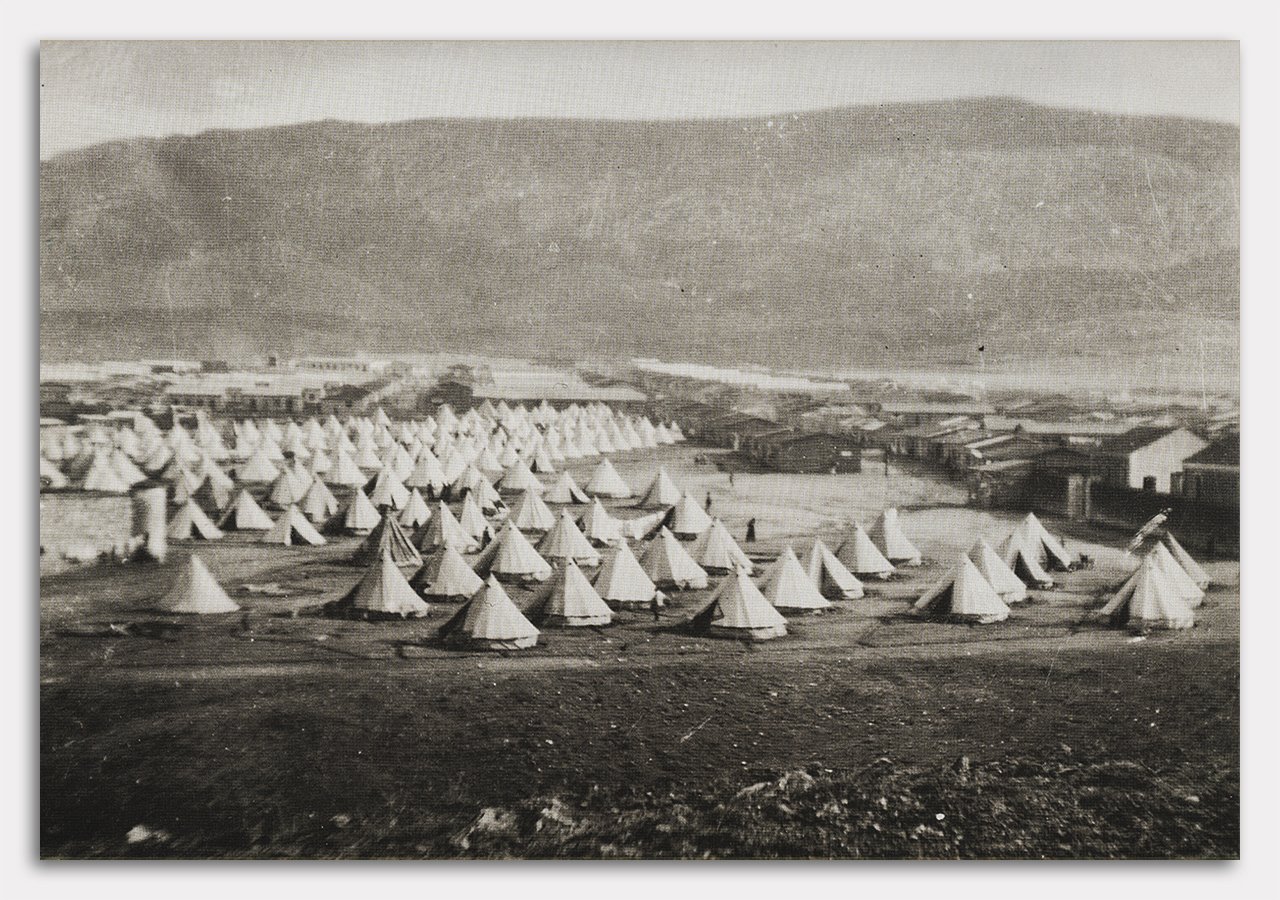 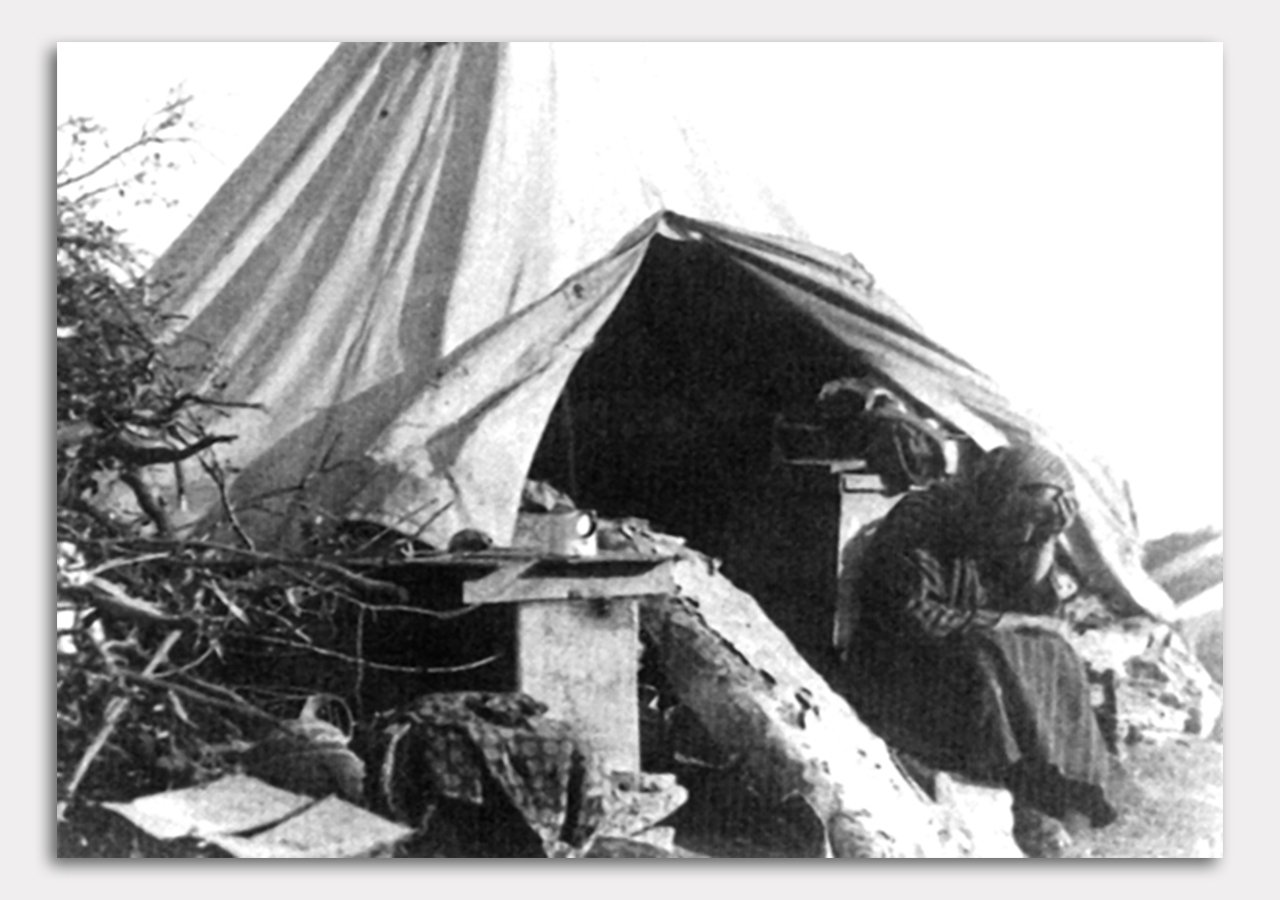 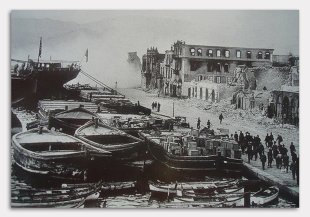 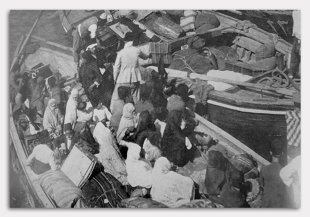 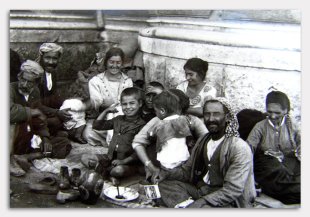 05 Kaisariani after the refugees' initial settlement 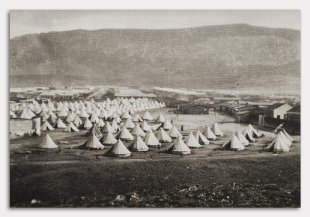 After the Asia Minor Catastrophe, 1922 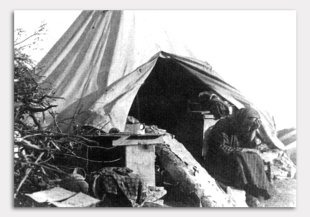