You are at: Home page Domna Samiou Others on Domna Periklis Korovesis: 'a Phenomenon Caused by Undetermined Circumstances'

What makes Domna Samiou a distinct and unique phenomenon, is not that she is steeped in tradition, but that she herself is creating tradition. She does not mimic any one traditional style or school, but whatever she sings becomes an established form and interpretation. She does not want to feign any continuation, but is in herself a continuation. She does not revive forgotten melodies, but causes those who hear her to experience something which is buried deep inside their souls (we are of course referring to Greek audiences). Greece, not as a geographic entity or a tourist destination, but as a way of life and a mode of expression. What constitutes in other words peoples national and individual identity. And all that is expressed through emotions and situations such as love, separation, passion, desire, happiness and sadness, in amanner that is purely Greek and in a way that can onlybe found in the Greek way of life and nowhere else.

To do justice, beyond Samiou and preceding her, there have been others who became involved with folk singing, some with greater success and some with less. Attempts were made to record and to archive the genre of traditional song. But that work is more ethnological or musicological in character. Some managed to create a sort of living museum, but we all know that in museums we place objects which are no longer living. There are few artists who's work is spontaneously and effortlessly born and comes to life, as is the case with Samiou's singing. It is a phenomenon which occurs under undetermined circumstances. It is a gift and a blessing from nature, distinctly Greek, which can not be acquired through good will or study, no matter what. One is born like that. 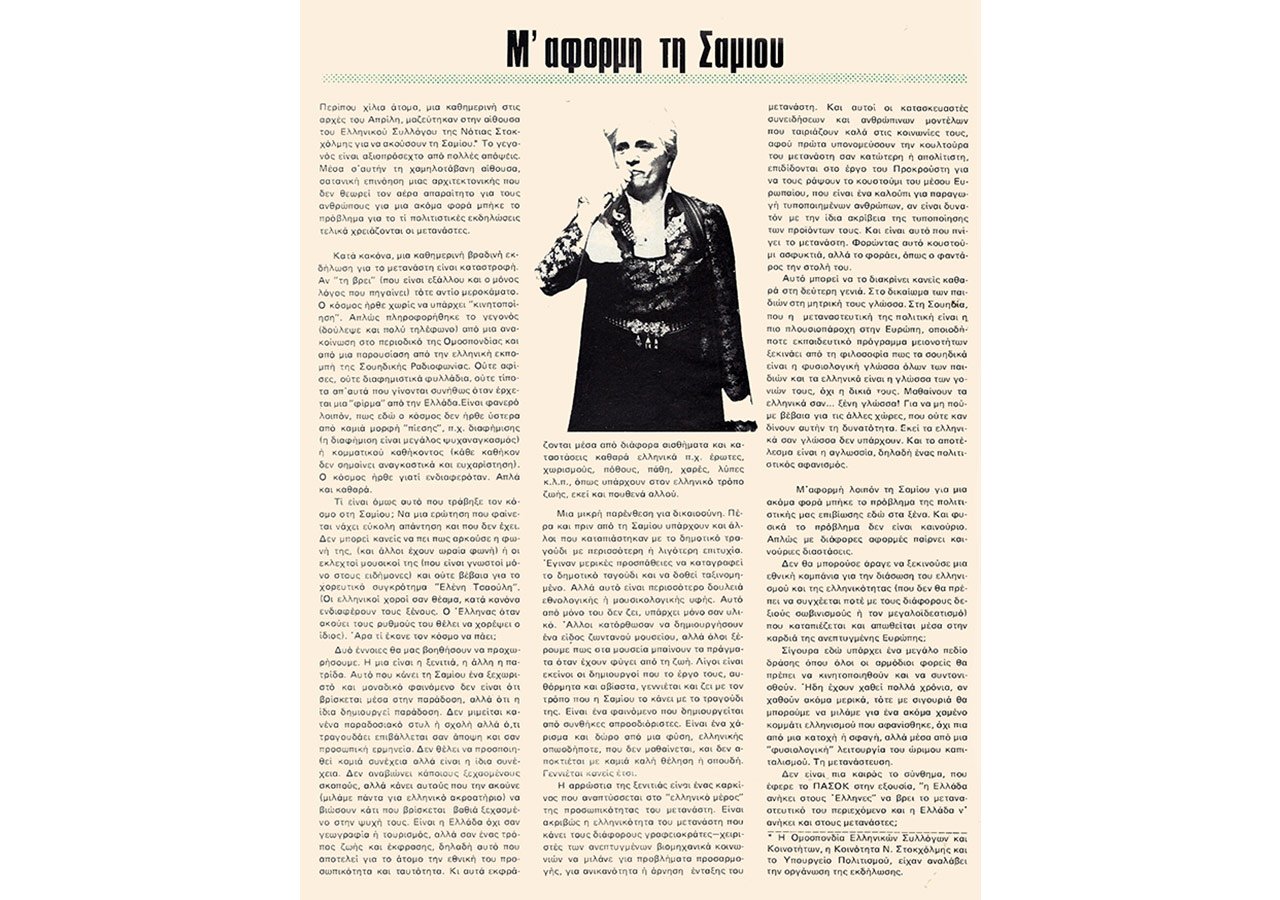