You are at: Home page Her Work Collaborators Katerina Mitropoulou 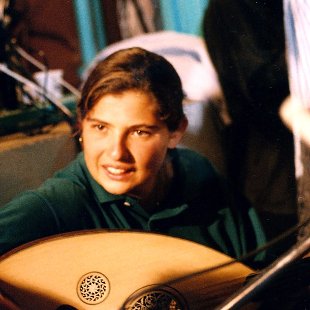 Born in 1976 in Athens. At the age of twelve, she began studying Byzantine music and traditional music at the Pallini Music High School. She is an Advanced Music Theory graduate (Harmony, Counterpoint, Fuge); she also holds a degree of Byzantine music from the National Conservatoire and a degree of Sociology from the University of Indianapolis.

Since 1999 she teaches at the ‘Simon Karas Association for the Dissemination of National Music’ and at the music schools of Pallini, Piraeus, and Ilion.

Since 1993, when her music career began, she participates in concerts and musical events, in Greece and abroad. She has collaborated with various renowned musicians, and has participated in national television shows and numerous recording sessions.

Χριστός Ανέστη μάτια μου Christ is risen, darling one, so, come, let’s be a-kissing, go fetch a tendril from a vine and, come, let us be wedded. See...