You are at: Home page Her Work Collaborators Miranda Terzopoulou 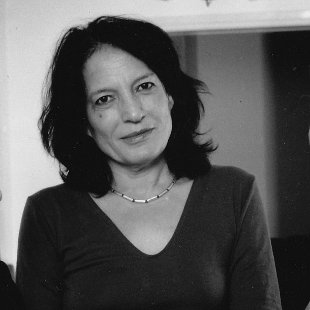 One of the basic and regular collaborators of Domna Samiou, a close friend and a founder member of the Association. Being knowledgeable about folk songs, and a regular researcher at the relevant department at the Hellenic Folklore Research Centre of the Academy of Athens, she has worked with Domna Samiou over a number of years, as a scientific advisor and a writer, both in publications and in concerts.

Miranda Terzopoulou was born in Athens. She traveled a lot, getting to know many places in Greece, conducting researches and recording information. She has studied and recorded numerous forms and aspects of Greek folklore, especially of Greek traditional music and Greek rituals, working with various ethnotical, linguistic, and religious groups, both inside and outside Greece. She records and videotapes whatever is necessary for her research, and has formed an important archive of rare optical-acoustic material.

The main object of her research is folk rituals about divine female figures and the world of symbols related to women in general, as they are found in narratives and songs; moreover, music as a structural element in customary rituals as well as a communication code, symbolic systems, means of narration, the place of women, and marginal groups.

She has worked on the Greek Romani, both Christian and Muslim, and has written the educational manual: Oi Tsiganoi stin Ellada. Istoria – Politismos (The Romani in Greece. History – Civilization, Athens 1996, 2nd 2001, Ministry of Education).

She has also conducted a long-term research about Muslim heterodoxy (Alevism, Bektashism, Sufism) in Thrace and Turkey, which has presented in the first international conferences on these subjects.

She has been in charge of various research programs, related to her interests and experience, such as:

• Research Programs ‘Thraki’ and ‘Eastern Macedonia’ of the ‘Friends of Music Association’, on the recording, study, and promotion of the music and dance tradition of Northern Greece (1995-2004)

• The Greek-Turkish Program ‘Discussing Europe on the Banks of Maritza River: Thrace as a European Cultural Space’ (2007-2008)

• Program for the Creation of Lemnos’ Cultural Heritage Archive (2002-)

She has given lectures in many conferences, courses, seminars on the aforementioned subjects, and many of her articles have been published.

Moreover, she has taken part in the release of traditional music albums and is a regular collaborator and writer in the publications of the Domna Samiou Greek Folk Music Association.

She has participated in the making of many ethnographic documentaries and has worked as a radio producer at ‘Trito Programma’ (Third Program) of the Greek National Radio. She has taken part in the creation of digital databases of cultural content (Music Library of Greece ‘Lilian Voudouri’, Hellenic Folklore Research Centre, Domna Samiou Greek Folk Music Association, Lemnos’ Cultural Heritage Archive).