You are at: Home page Her Work Collaborators Tassos Diakogiorgis 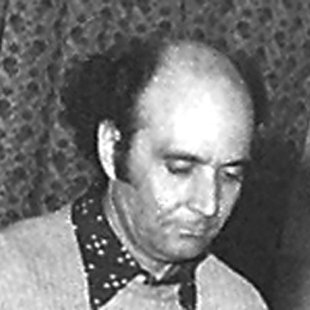 Born in Maritsa of Rhodes island, Dodecanese, and died in Athens in 2007.

A santur virtuoso, who also played the violin, the xylophone, and the percussion. He took his first lessons at the age of ten and, after two years, he began playing in various festivities of his island. He also studied the violin at the Rhodes Department of the National Conservatory (1939-1945).

In 1954 he settled in Athens, where he worked as a santur soloist in the ballets of Dora Stratou, and studied Advanced Music Theory at the National Conservatory, with M. Kalomoiris and L. Zoras; he also studied percussion (xylophone and glockenspiel).

In the beginning of his career, he collaborated with the Greek Traditional Dances Group of Dora Stratou. In 1964 he became a member of the ERT Light Orchestra, and later on of the National Symphony Orchestra of ERT, where he remained until 1989. At the same time, he worked with the National Opera House Orchestra.

He collaborated with Manos Hadjidakis, Mikis Theodorakis and other Greek composers, and participated in theatre and cinema recordings; he also took part in numerous concerts, both in Greece and abroad. He teached the santur in Athens and in Rhodes, where in 1987 he became the director of the 'Greek Music Workshop'.

Άταρης I vowed to the Holy Virgin not to sing again. Ataris! But for your sake I will break the vow. Four! Once again four bla...

Αλατσατιανός μπάλος Start, sweet tongue of mine, and remember, my lips, And you poor heart, tell what you know. Of songs and commendations I ...

Widow, change your name, don't let them call you widow, for you make my eyes weep night and day. But why don't tell us the...

Τα Μελιωτάκια Two young Meliots got up to dance the syrtos, they will ask us for songs and commendations. Come, let us go over there and ...

Καλώς ανταμωθήκαμε Well met to all of us who love each other, who are joyful for a while and of a glad heart. Vré, off the beach I’m chasing ...