You are at: Home page Her Work Collaborators Christos Konstantinou 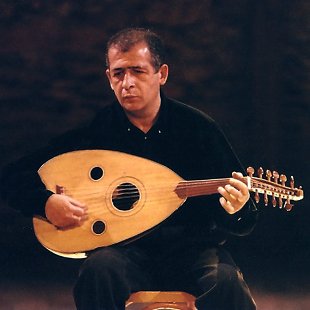 Born in 1950 in the village Argiraki near Morphou, in Cyprus. He comes from a musical family and plays the tambouras, the bouzouki, and the oud.

At the age of nineteen, he joined Mikis Theodorakis’ orchestra, which, at the time of the Greek junta, toured abroad. Since then the two have collaborated a number of times. He was a solοist in the first recordings of Mikis Theodorakis’ albums.

In Athens he worked with Vassilis Tsitsanis and Giannis Papaioannou in venues and concerts. He has also taken part in the recording sessions of numerous important singers and composers of the folk and entechno singing.

In 1985 he formed the group 'Akrites' which participated in the International Festival of Nantes.

In yonder machalá,1 amán,2 o Yorgalaki, yonder, there’s running water running there – they call it silver water. If any mot...