You are at: Home page Her Work Collaborators Kyriakos Petras 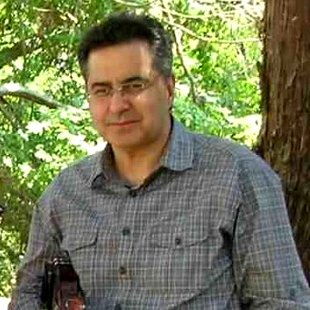 Musician. Born in Komotini, Thrace, in 1958. He studied Economics, and started to study systematically the violin in 1983.

He collaborated with many bands and important artists in concerts in Greece and abroad. Founder member of the music group ‘Rodopi’s Lalitades’, and a basic member of the groups ‘Loxandra’, ‘Contrabando’, and ‘En Chordais’.

An active musician and a violin teacher in the Faculty of Traditional Music of the Alexandroupolis Municipality. He is also a member of the program ‘Medimuses’ and has given seminars as a visiting professor in Amman, Beirut, and Tunis.

In discography, he has contributed to numerous traditional music albums. He has released three albums with the group "En Chordais".