You are at: Home page Her Work Collaborators Vassilis Soukas 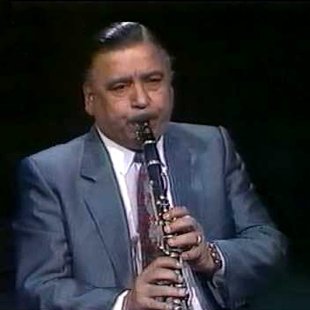 Born in 1931 in the village of Komboti, close to Arta, Epirus. A member of the prominent Soukas clan; his father and his great-grandfather played the clarinet and his grandfather the violin. His repertoire mainly included traditional songs of Epirus and of Central Greece.

He had participated in many traditional and folk music recordings – he recorded more than four thousand songs, two hundred of which written by him. He had appeared in numerous concerts, musical events, festivals, as well as in radio and television shows, and had collaborated with renowned Greek musicians.

Vassilis Soukas died in 1993. His wife donated his clarinet to the Museum of Greek Popular Musical Instruments.

Do Not Nurture Any Doubts

Υποψία να μην έχεις Oh, do not nurture any doubts about my love for you. I feel quite lost when you are gone one hour from me. You are a garden...

Who has seen a love-sick youth and a thief of love? Roumbalia,1 carnation, birds circle around you. He wakes up with sighs...