You are at: Home page Her Work Collaborators Yannis C. Lyras 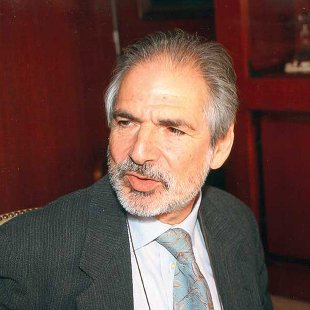 Born in 1951 in London; he comes from Oinousses, near the Aegean island of Chios.

He is president of Paralos Maritime Corporation S.A. He was vice chairman of the Union of Greek Shipowners from 1991 to 1997 and chairman from 1997 to 2003.

He represents the Union of Greek Shipowners to the Board of Directors of the Union of European Shipowners (ECSA), where, during the period 1991-1993, he assumed the chairman position.

Founder member of the Hellenic Marine Environment Protection Association (HELMEPA), and member of the Board of Directors over a number of years.

Founder member of the Hellenic Society for the Protection of the Environment and the Cultural Heritage, and member of the Board of Directors over a number of years.

I Want to Sail Away

I would sail away I would, eri pali in Attaleia’s waters yea, eri pali, with the vessels from Psara, who have sailors true...