You are at: Home page Her Work Press Clippings and Interviews Greek dances of regions

Greek music and dance is more pleasurably at home in the open air or the tavernas of its native land than in a London concert hall. But Domna Samiou and her group compensated for the formal surroundings of the Queen Elizabeth Hall, where they appeared as part of the English Bach Festival, by the vigour of their performance and the regional variety of their program.

Imagination had to supplement the. compulsive rhythms of Crete or the haunting melodies of Thrace with memories of Aegean sea and sun and no doubt the shrill and harsh Macedonian zournas, a double reed woodwind, shares with the Scottish bagpipe the quality of sounding better in the hills.

The most complex and inventive of these solo sections came in a set of Naoussa carnival dances from Macedonia, Cyprus produced examples of antikrystos dancing, when dancers face each other in pairs. 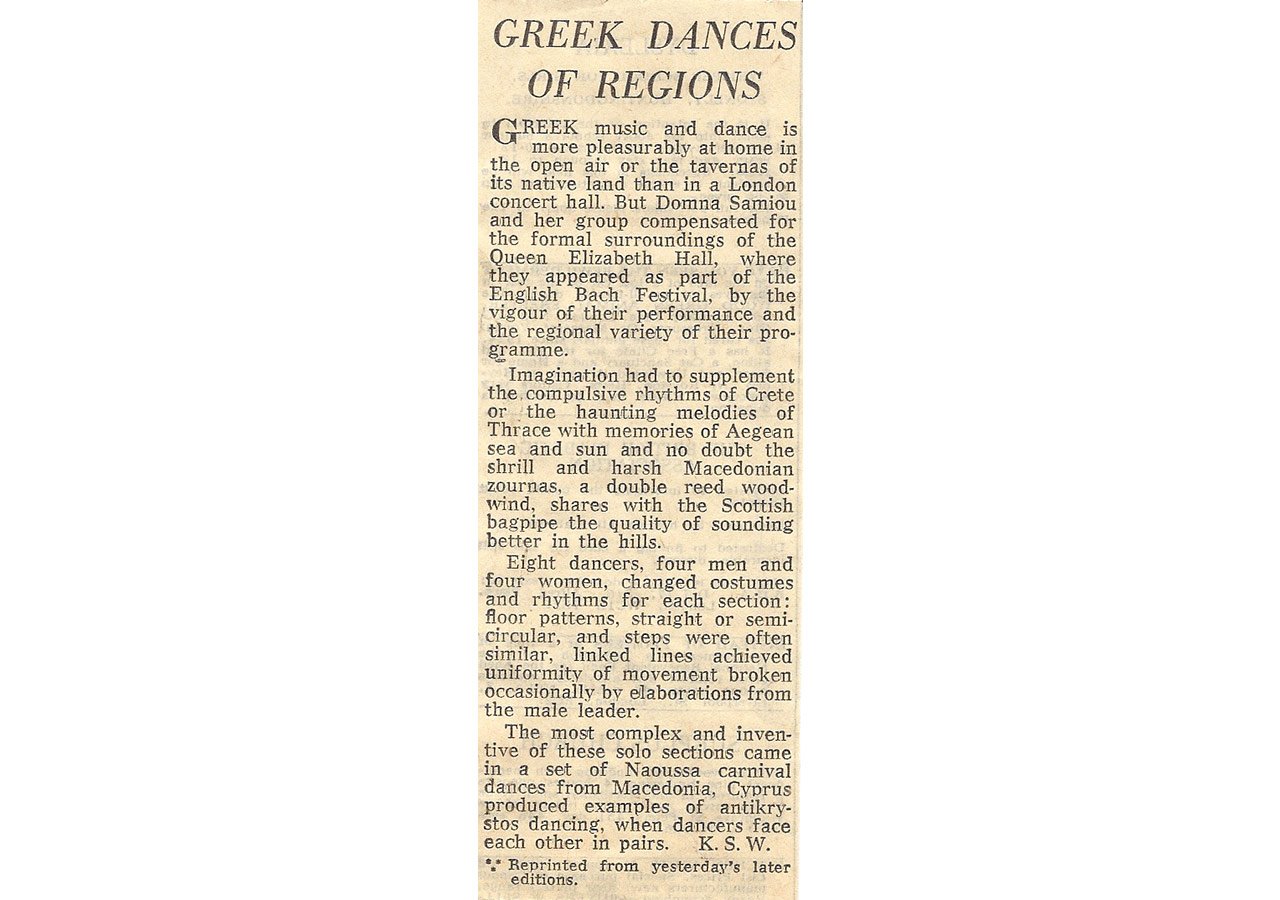