You are at: Home page Her Work Press Clippings and Interviews Greek and Spanish

What may appear at a casual glance to be the sideshows of the English Bach Festival are in fact a calculated plan to expand our horizons, increase our knowledge and intensify our pleasure. The Greek and Spanish threads in the programmes persist because Lina Lalandi, the festival's founder, is Greek and loves Spanish music and dance. As she explores the two cultures more and more pertinaciously she shares her discoveries with her public and brings her best finds back again.

Domna Samiou's Greek folk musicians and dancers from Athens have accordingly returned, different as before from the stereotyped package-tour entertainments which assail London in the late summer months. Miss Samiou's costumes are chosen with such effect that one is half-persuaded she had the biscuit–coloured drapes of the Elizabeth Hall in mind from the start. On a basis of plain, elegant black and white she throws shades so tangy they must surely be real vegetable dyes-apricot, quince, saffron, mulberry, moss green, and that slightly washed-out dark blue which is like the Aegean on a windy day.

There is musical interest as well. Monday's programme was drawn from Crete, Thrace, Macedonia and Cyprus. The island music has a simple, direct charm. From the mainland provinces came sounds more mysterious, linked with the Balkans. The rustic flute with a trembling dulcimer background immediately brought to mind that Thrace was the home of Orpheus. The most exciting sound was the combination of zournas (a primitive oboe, squealy as a shawm) and big drum. Miss Samiou herself, diminutive .and determined as a Greek Marie Rambert, contributed plaintive songs, and there was a striking singer, Christos Sikkis, from Cyprus. 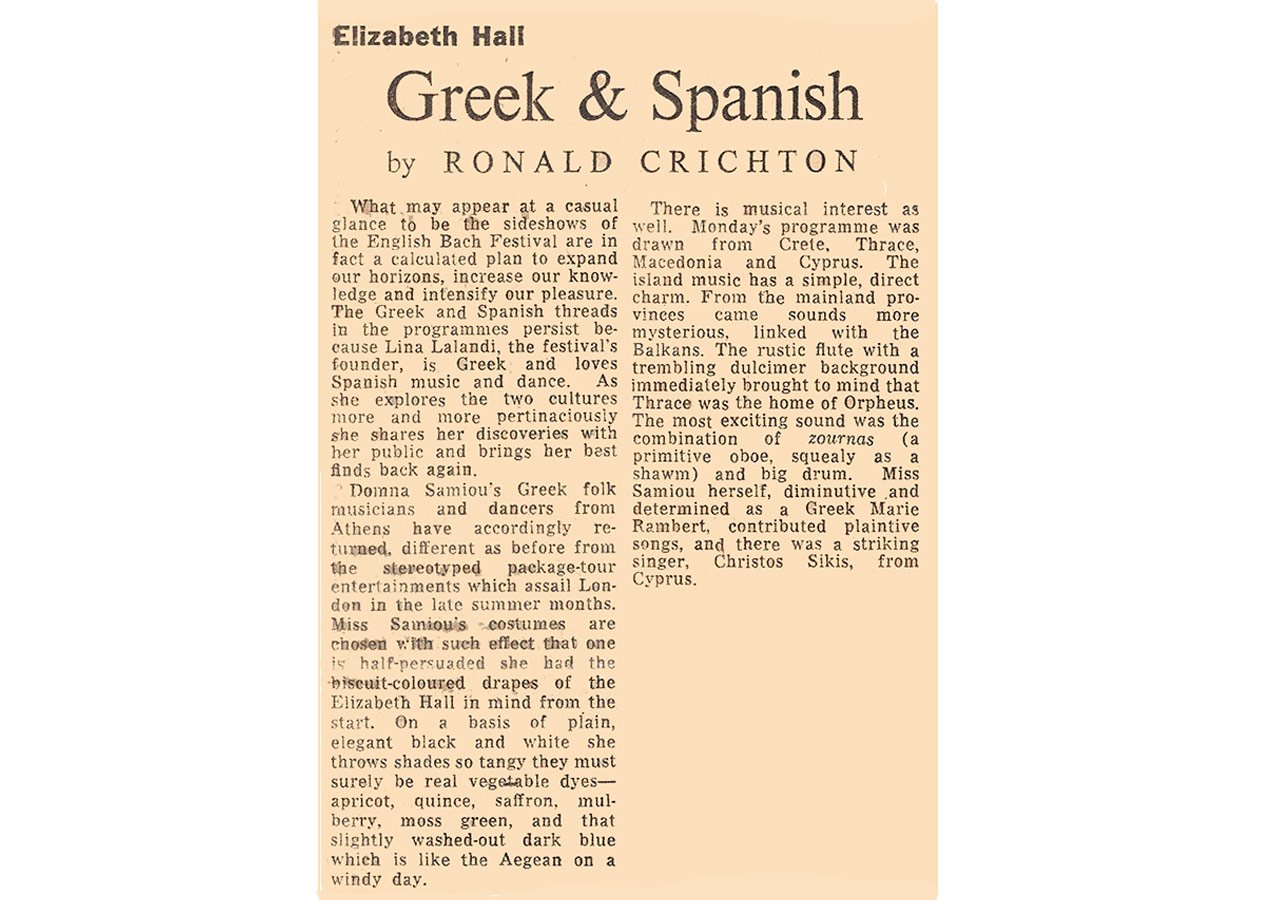