“Musical Travelogue with Domna Samiou” (“Musiko Odiporiko me ti Domna Samiou”) was a television series researched and presented by Domna Samiou and broadcast by the Greek National Television during the 1976-1977 season. Each episode was dedicated to the mu

Yannis Kyriakoulis sings the song O Black Dawn, Won't You Break. Domna Samiou used this recording as her base when she performed this song in her album Of Nature and of Love.

Captain Yiorgis Tzoumas, (his family came from Cesme [Çeşme], on the western shores of Asia Minor) sings Captain Paraschos' Song, a song about carefree captain Paraschos and his partying blunders.

Residents of Skiathos dance the local Easter dance of ‘Kamara’ and then sing the song Arta’s Bridge.

A group of men along side Captain Paraschos Manikas sing: Yio Mario, a rhythmic song that helps fishermen pull in their nets keeping time for one another.

Domna Samiou sings the local song Your Eyes, My Eyes. It is sung on Clean Monday following the Carnival season. She learned the song from Yannis Parisis and Syraino Parisis, in 1975.

All Day Long I Reaped

A team of forty stonemasons and sixty prentice workers were putting up a bridge across the river close by Arta. The whole d... 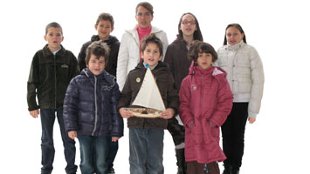 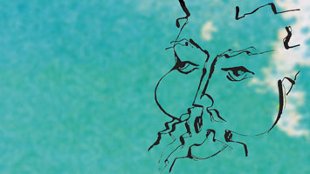 The Great North Wind blew throughout the land and all those, kalé, all those ships that heard him made it safely into shore...

We Kissed Each Other in the Night

We kissed each other in the night, and who could see us then? I’ll tell you, dear, the star saw us, and dawn saw us as well....

Whoever saw a tree of green, with eyes of black and a blond sheen and royal blue leaves to boot, eyes black, eyebrows dark...

The Evil Mother-In-Law Young Kostantakis married young, he married young and took a young wife, and he was young, too, when he was called up to wa...