“Musical Travelogue with Domna Samiou” (“Musiko Odiporiko me ti Domna Samiou”) was a television series researched and presented by Domna Samiou and broadcast by the Greek National Television during the 1976-1977 season. Each episode was dedicated to the mu

The Feast of May was the reason for the trip to Makrinitsa, Pelion. The Feast had been cancelled during the seven year junta period and was organized for the first time again during June of 1976.

The Feast of May in Makrinitsa is a celebration of joy and fertility, an old custom that was also cancelled during the German occupation. In the past, it commenced on the first of May, lasted eight days and ended in a great celebration on the 8th of the month, the day St. John the Theologian is traditionally celebrated. Today the Feast of May is celebrated on the eve of the Orthodox Holy Spirit Monday, in June.

Stavros Hadjistamoulis, known as Stavrakas, Υannis Ganotis, Giorgis Tsirogiannis and Thanassis Mavrikos, discuss the custom with Domna Samiou in the central square of Makrinitsa. They all sing The Song of May.

May Day, the flowers celebrate
and the birds call their mates

The performers of the May feast, the “boulouki”, as it is called in Makrinitsa, are headed by the personification of “May”, a young man with flowers on his head, holding a stick decorated with green branches and flowers in his hand.

The other performers are: the Janissary, the Girl, the Gypsy and his wife, the Doctor dressed in Frankish (Western European) costume accompanied by his assistants, the "frangulia", the Hodja and his six Zeibeks, the Devil etc.

The "boulouki" procession begins from the site of its preparation place and ends in the village square, where events and dances occur. Young “May” leads the way and the other performers follow. Traditionally, the orchestra that accompanies the procession and the dances consists of a zournas and a daouli (davul).

When the performers arrive at the center of the village square, the dances begin and in between the events are presented. Each dance has its own tune that is played exclusively by the zournas and the davoul. 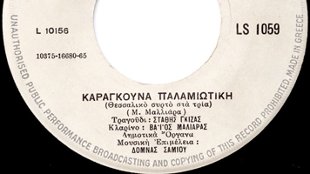 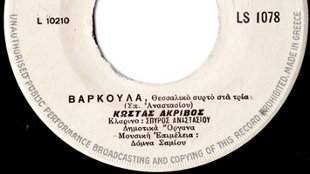 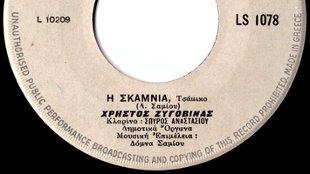 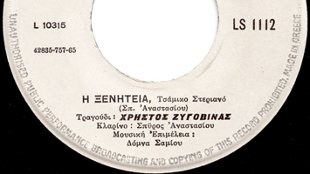 On the Last Days of Carnival (Explicit)

On the Last Days of Carnival (Explicit) 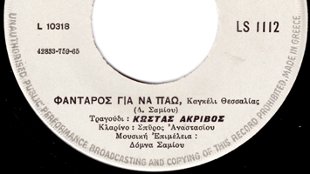 This Year, I Will Go to the Army