You are at: Home page Her Work List of Songs Mavrianos' Threshing Floor

The Wager of Giannis and the Sun

At Mavrianos' marble threshing floor
a king and a youth are contesting throwing heavy stones,
no one can throw them like Giannakis,
like Giannis, Andronikos' son.
The Sun and Giannakis make a wager
about who'll get back to his mother first.
The Sun leapt over lands and mountains,
Giannis jumps over gullies.
The Sun spent that evening with his mother,
Giannis spent it lying on the road.
Travellers passed by and wept:
- Giannis, dear Giannis,
if only you had a mother and a sister,
if only you had a good wife to come and see you here.
Their words didn't save him,
for there's his mother on her way,
and there's his sister, too,
and there's his good wife with a babe at her breast,
two in her arms and a fourth in her belly.
- Didn't I warn you, Giannakis, didn't I tell you
not to take on the thousand, and not the hundred, either?
There weren't a thousand, mother, or a hundred, either.
There were three thousand of them, all Janissaries.
[And their horse had two heads each,
and their hooves hit the marble and they took flight.
They hid in the clouds and were nowhere to be seen.]

Carried away by the illusion of omnipotence, which mortal men find so intoxicating, the hero Giannis takes on the Sun in a contest of strength and even bets on his victory. Of course, he is defeated and left alone and wretched, ‘pole-axed and unrecognizable’ - dead, usually beside a spring. Although the main subject ends here with Giannis' death as punishment, many variations - as the present one - continue with the dead man speaking and revealing to the womenfolk who have come to mourn and weep over him that he was killed in an unequal fight against terrible odds.

Back in 1935, Baud-Bovy1 noted the ambiguity of the song's message. And one really does feel that what we have here are two unrelated themes joined together in the inscrutable manner of the popular intelligence to form the two parts of a composite song found in multiple variations.

A quarter of a century later, in 1958, Dimitris Petropoulos included this enigmatic song in his anthology2, noting: ‘Until research unearths something more positive to go on, we have included this in the songs of the Digenis cycle, since its style is akritic’. The elements that led older generations of researchers to this conclusion were two: the name Giannis, a customary name for an akritic hero, and one whom numerous variations - this one included - name as the son of another Akritas, Andronikos; and the allusions to the hero's supernatural powers.

In reality, the song's hero and subject-matter are echoes of primeval symbolic myths quite unrelated to the epic of Digenis or the akritic tradition. In his article3 on the subject, G. Saunier argues that we can recognize the ancient theme of hubris and nemesis in the initial theme of the wager and Giannis' death. This would make the mortal's doomed efforts to take on the Sun, a giver of life and conductor of souls to the place of the dead according Neohellenic mythology, an indirect account of wrestling with Charon.

The song's older variations, and especially those from the islands and Asia Minor's coastal areas, emphasize this wager motif. More recent versions from the hinterland often omit it altogether, or append to it a narrative in which the reckless hero is mortally wounded by Turks or Janissaries. The mythic - solar and chthonic - figure of Giannis, a young hero in folk literature who is always slaughtered, beheaded or dismembered in the songs, who are mostly sung during the sun-worshipping Klidonas, a celebration for his namesake, also beheaded Agios Giannis (St. John), is brought up to date and into a recognizable context: the historical and social environment of the Ottoman period. His incomprehensible symbolic death, a consequence of his existential clash with a higher power, is rendered comprehensible and given new meaning; his death is no longer attributed to a supernatural opponent, but to the Turks (for the Greeks, representatives of absolute Evil on earth), and Giannis is transformed from an archetype into a martial - almost national - hero. Miranda Terzopoulou (2017)

Domna Samiou taped this song in Ierissos Chalkidiki, from Rina Dimouda, aged 49, in 1972. 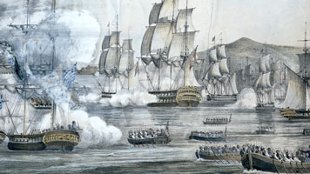 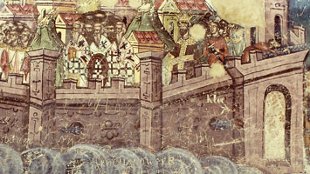 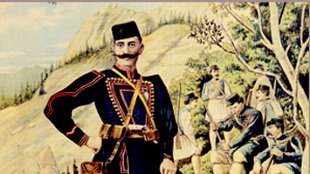 A Brave Young Lad Set Out

A brave young lad set out for Macedonia, where Pavlos men was gathering, men in whom the spirit of Twenty One lived on. – ...

I Wish to Climb a Mountain Height 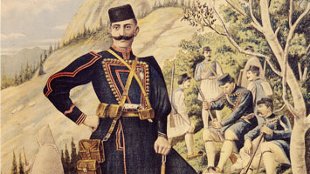 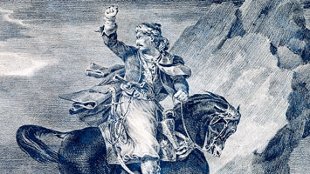