You are at: Home page Her Work List of Songs Hasapikos dance from Aretsou

It’s said the hasapikos has its roots in the dances of Byzantium’s butchers’ guild. It was the most characteristic and popular dance of the Greek communities who lived around the Sea of Maramara, but also in other adjacent areas (Eastern Thrace, NW Asia Minor). From there, it spread both to various islands in the Aegean and to the Asia Minor seaboard. Today, it is one of the main dances that accompany rembetika and modern popular Greek music.

The dance has two rhythmic manners, one slow which is danced exclusively by men, and one quick, like this one, which is also danced by women.

The melody for the quick version is from Aretsou (Turkish: Daritsa, the ancient and Byzantine Ryssion, according to scholars), an important Greek town at the entrance of the Astakinos Gulf (Gulf of Nicomedia - Izmit) in the Sea of Maramara.

Once famous for its fish, grapes and fun-loving inhabitants, it was in touch daily with Constantinople. After the Asia Minor Catastrophe of 1922, the people of Aretsou settled in the Thessaloniki area - the fishermen in Kalamaria and the farmers in Neo Rysio near Thermi. Back in their homeland, the people of Aretsou earned themselves a rumbustious reputation in Constantinople as magnificent drinkers, revellers and dancers. 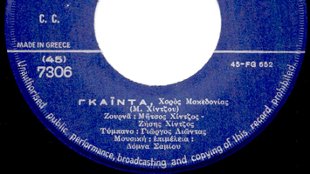 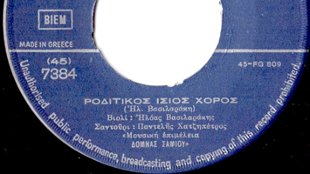 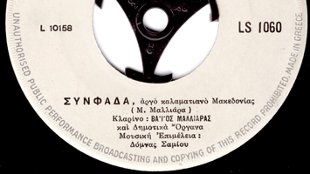 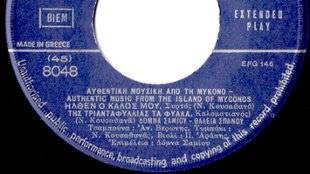